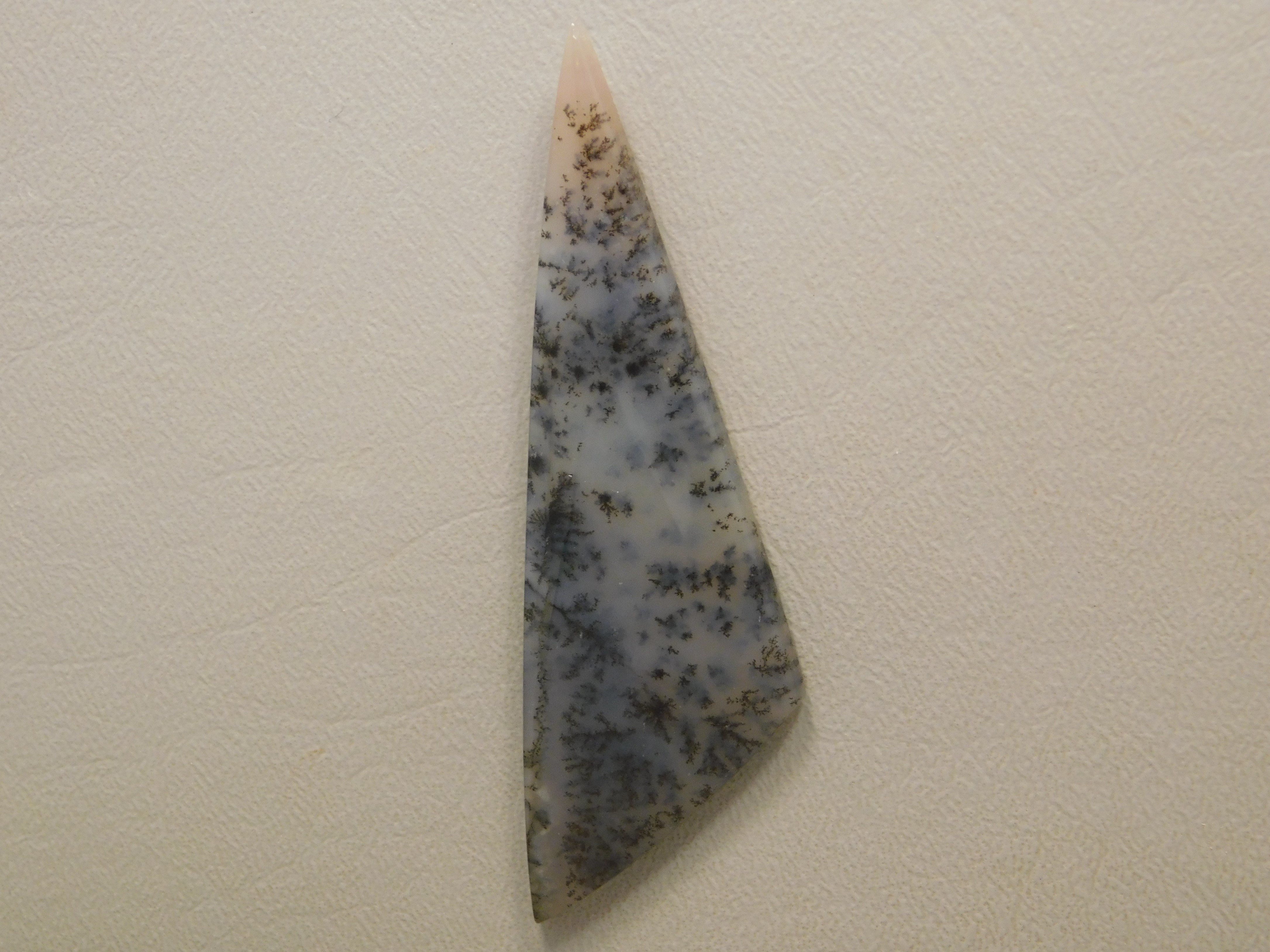 It is found in the Bilk Mountain range near Denio, Nevada.  It forms in pods in a volcanic ash.  The rough rock material is found in nodules from fist size up to several thousand pounds!

This material was discovered in the 1990's.  The mine is currently owned by our good friend Dale Huett of West Coast Mining.  It is dug with heavy equipment.  The best material always seems to be on the outside rind of the really large pieces.  Often the material has sparkling crystal pockets or vugs.

Dendrites are tree-like inclusions, and were named after the Greek word meaning tree-like.

This semiprecious stone material is a type of Dendritic Agate.  Most Dendritic Agates are colorless, milky, or gray.  Amethyst Sage is so named because it occasionally displays purples.

OakRocks has been in the rock and mineral business for 30 years. We are a great source for Amethyst Sage and carry a selection of Amethyst Sage cabochons, rough rock, and stone slabs.