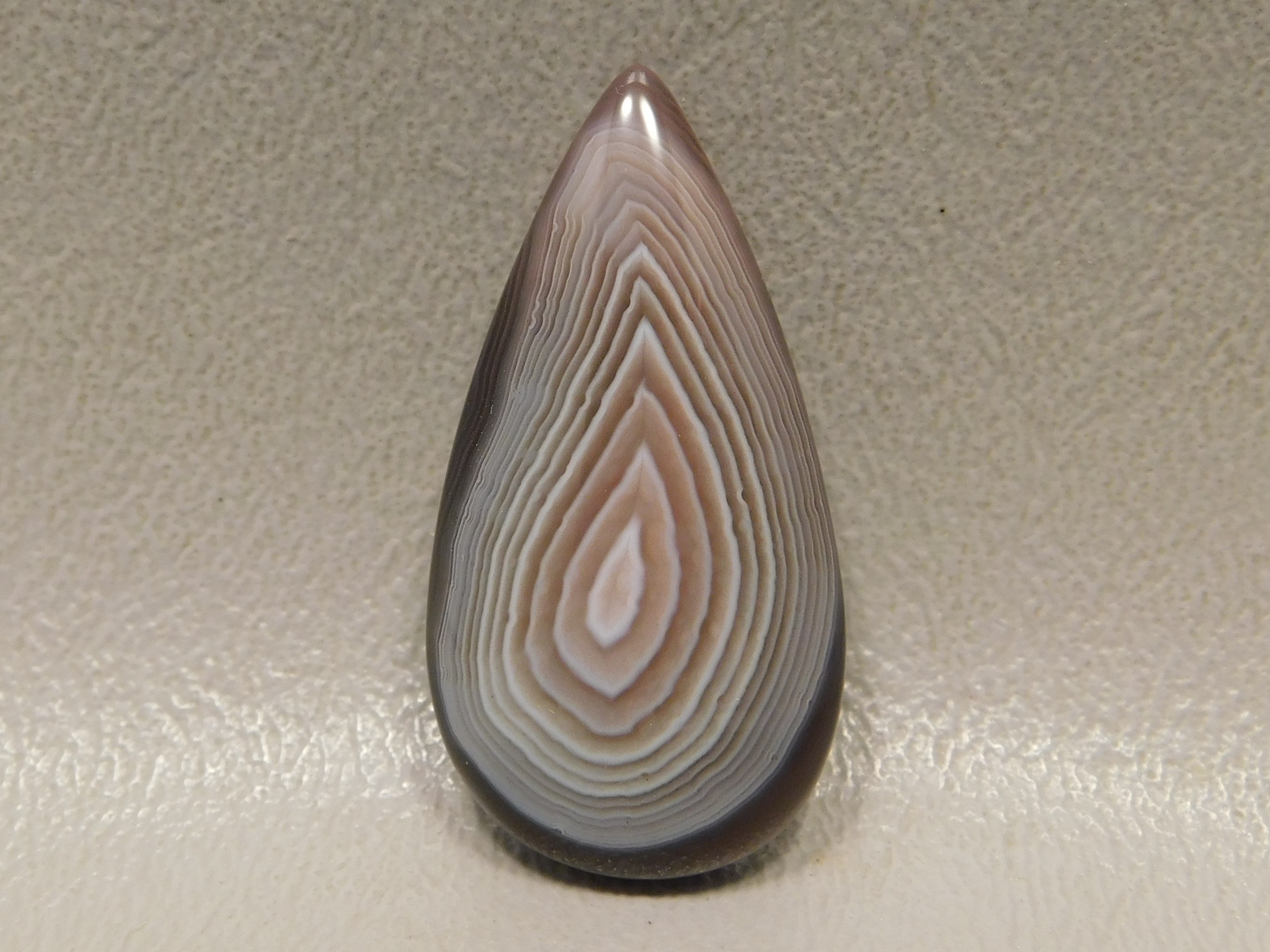 Botswana Agate is a beautiful banded agate first discovered in 1971.

Botswana Agates are found as small white nodules in siliceous volcanic rocks. They are usually covered with an opaque rind, and must be broken open to see the agate inside. Rarely are these nodules found more than 3-4 inches in size. They are commonly gray, white and black and are estimated to be about 140 to 180 million years old.

Botswana Agate is named for its origin-near the town of Babanong in Botswana, Africa. The area where they are found is quite large and they occur at several different locations.  Collecting and exporting is controlled by the government so this material is difficult to obtain. Rough rock cannot be exported so it is often tumbled, unfortunately this practice leads to fracture lines.

Agate is a type of chalcedony, usually at least slightly translucent and banded or with inclusions. It forms in concentric layers in a wide variety of colors and textures. Each individual agate forms by filling a cavity in host rock. Agate has a hardness of about 7 on the Moh's scale.

The name Agate is derived from its occurrence at the Achates River in southwestern Sicily.

OakRocks has been in the rock and mineral business for 30 years. We are a great source for Botswana Agate and carry a selection of Botswana Agate cabochons, and polished rocks.