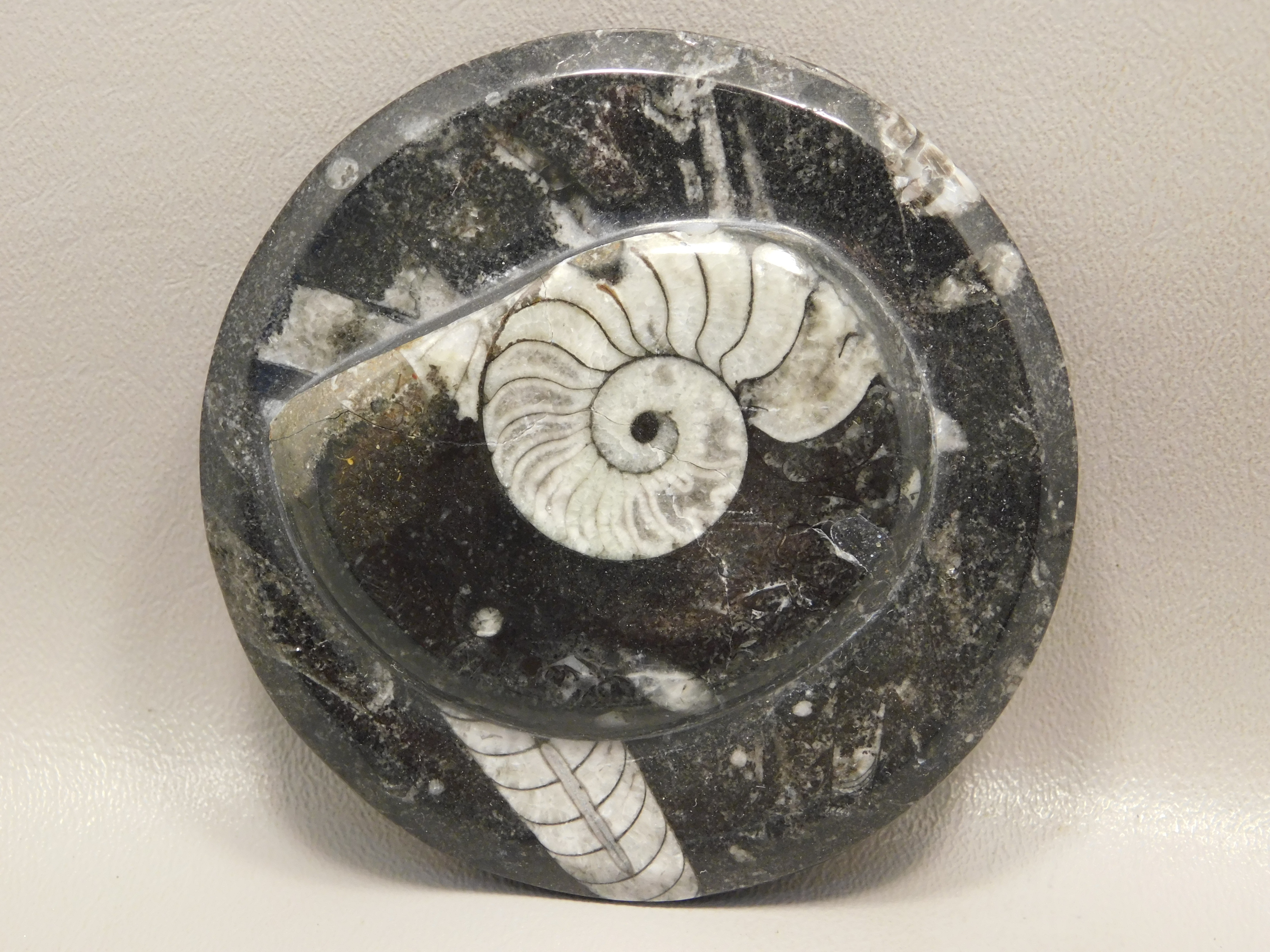 Fossils are a record of a past life. They are the remains of plants and animals that lived millions of years ago.

A fossil can be a part of the animal; such as the shell or bone. It can be an egg, or an imprint; such as a footprint, a burrow, or a leaf. It also can be the whole animal, plant or tree. Only a small percentage of the animals and plants that have lived on earth became fossils. The conditions had to be just right to preserve the animal or plant before it decayed.

Most fossils are petrified or “turned to stone”. The bone or tree over the course of millions of years is replaced by a mineral, usually silica. If the animal or tree decays away and leaves a hollow and then the hollow is filled with stone, it is referred to as a fossil cast.

There are many different types of fossils. This is just a general sampling of some of them.

Plants and petrified wood are found on every continent and in every state in the US. The majority of the petrified wood in the United States comes from west; with the most famous find being the National Petrified Forest in Northern Arizona. Algae was among the first living things to exist on earth. At that time there was no oxygen, but algae help to produce it, changing the Earth’s atmosphere. Some Algae fossils are Stromatolites.

Invertebrates are animals that do not have an internal backbone. Some have no backbone at all; such as jellyfish, and some have exoskeletons or hard shells; such as lobsters. This group includes sponges, sea urchins and fossil corals. Bivalves are a kind of mollusk and they are common fossils. Cephalopods are also types of mollusks. This type had shells which are divided into chambers; a well-known one is the nautilus. Another in this category is the Orthoceras. There are many varieties of Ammonites and Gastropods.

Of course, one of the largest group of fossil is the Arthropods. Trilobites belong to this group. There are over 12,000 known species of Trilobites. Trilobites lived through a span of 300 million years, and then became extinct about 65 million years ago in an unknown catastrophe that ended the Cretaceous Period. Today this group would include spiders and insects, scorpions, crabs, and lobsters.

Brachiopods are sea living creatures with shells. They have two valves but, unlike the bivalves, the valves are different sizes. Brachiopods are still found in oceans today. Graptolites are also sea creatures that are extinct today.

Vertebrates are animals with a backbone. This includes fish, amphibians, reptiles, birds, mammals, and human beings. The most common found vertebrate fossils are fish. This is mostly because water is the perfect oxygen environment to preserve fossils.

Fossil teeth also are common, from the shark to the mammoths. Fossils of large reptiles and amphibians are not very common, but have been found.

OakRocks has been in the rock and mineral business for 30 years. We are a great source for a variety of Fossils and carry a large selection of ammonites, petrified wood, fossil fish, orthoceras, and more.