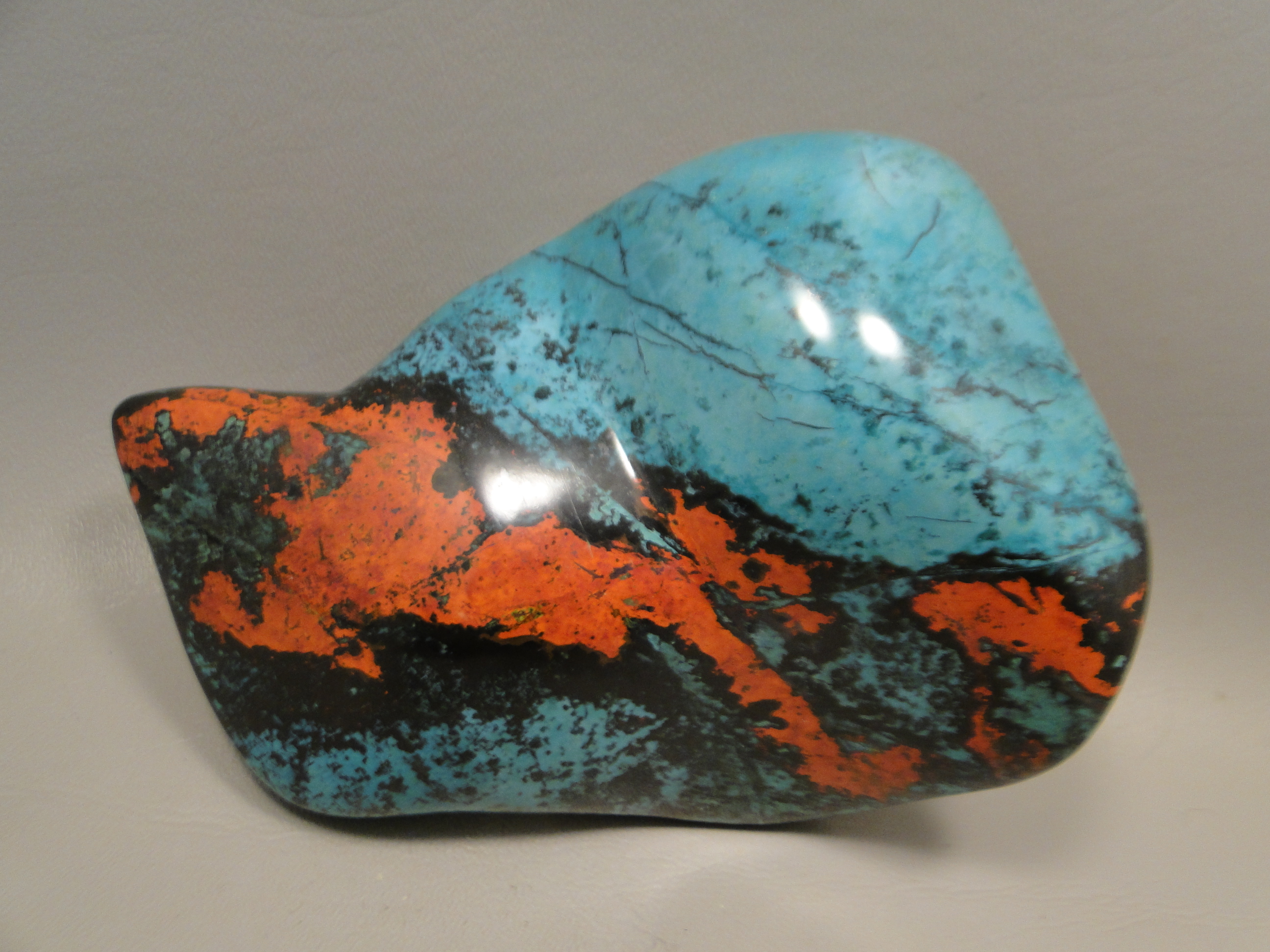 Chrysocolla Cuprite also known as Sonora Sunset, and sometimes Sonora Sunrise, is named for the lovely and colorful sunsets over the Sonoran Desert, from which it is found.

This material is from the Mina Milpillas, Cuitaca, Mun. de Santa Cruz, Sonora, Mexico. The mine opened in 2006. Though most copper mines are open pit mines, this material is covered by 1000 feet of gravel! This major operating copper mine is famous for the museum class Azurite crystals it has produced. Unfortunately it was difficult to get the Sonora Sunset out, as the mining company is in it for the copper ore only, and by late 2011 most of the copper oxide areas were mined out anyway.

Chrysocolla is a hydrated copper silicate and is found in the oxidation zone of copper deposits. Cuprite is commonly found as an oxidation product of copper sulfides in the upper zones of veins and is often associated with other copper ores. The black in this material is either Tenorite or Iron Oxide.

Chrysocolla is associated with serenity, tranquility, peace, patience, tolerance, acceptance, unconditional love, meditation, calmness, hope gentleness and sensitivity. Cuprite assists us in dealing with female relationships, mother, sister, daughter, wife or a female partner. It is also said to be helpful in dealing with major problems: irrational anxieties, terror from past traumas, and fear of dying.

In the metaphysical world the more solid red or orangey red specimens are called Crimson Cuprite.

OakRocks has been in the rock and mineral business for 30 years. We are a great source for Sonora Sunset.