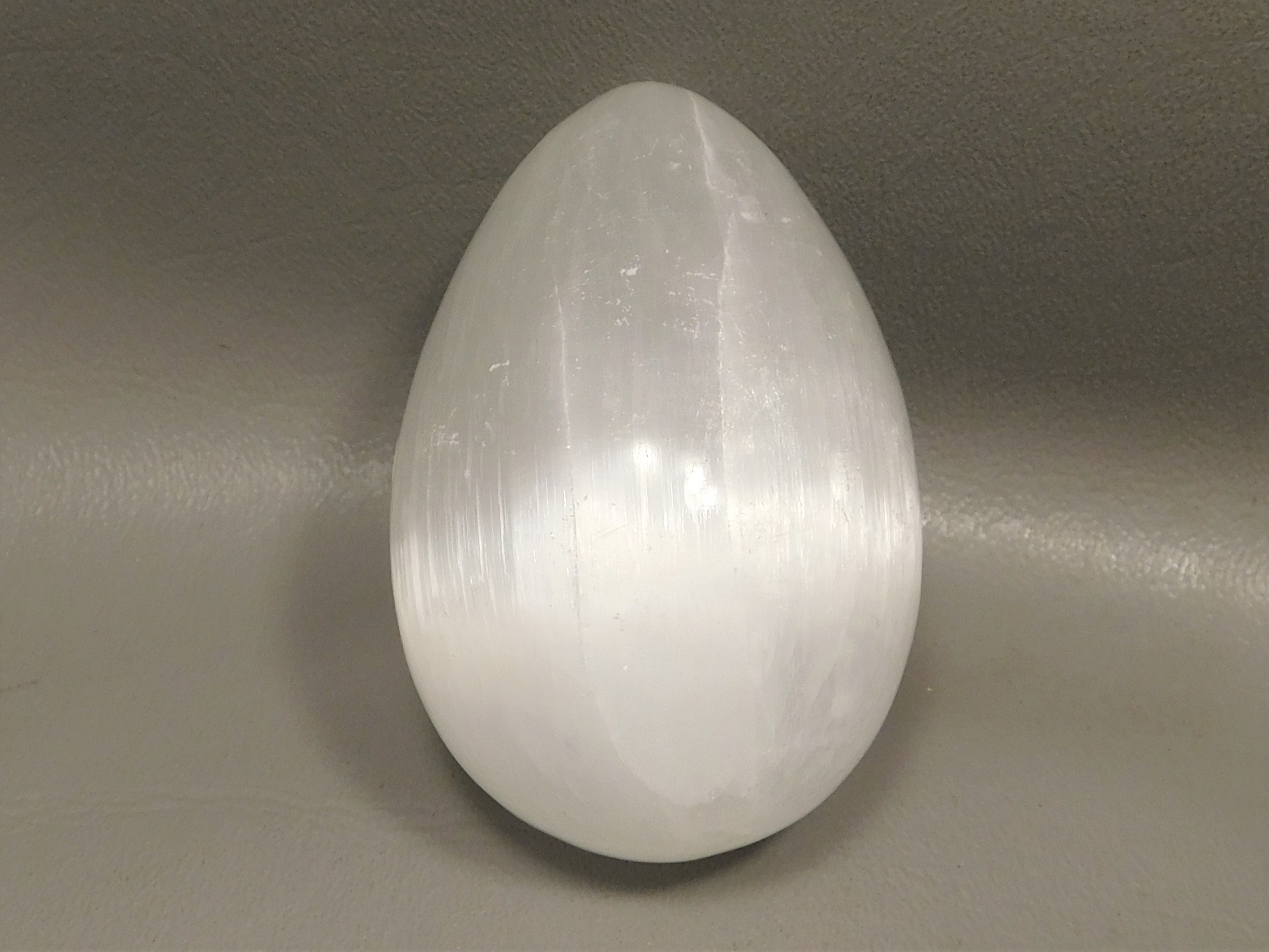 Selenite is a form of Gypsum, which is one of the more common minerals in sedimentary environments.

It is a major rock forming mineral that produces massive beds, usually from precipitation out of highly saline waters. Since it forms easily from saline water, gypsum can have many inclusions of other minerals and even trapped bubbles of air and water.

Selenite shows a pearl like luster and has been described as having a moon like glow. The word selenite comes from the Greek word for Moon and means moon rock. Possibly a reference to its glow.

Large sheets of Selenite are found in Utah. An orange variety has been found in Russia. Huge crystals come from Mexico. A famous location for Selenite blades is found in the Naica Mine in Chihuahua, Mexico. The mine is called the “Cave of Swords”. Here giant crystals have formed, some measuring over 30 feet long! Selenite is also found in many other locations around the world.

Selenite is water soluble and should not be left sitting in water.

Selenite is a stone of mental clarity, enhancing mental flexibility and strengthening decisions. It also is said to promote good business practices. Selenite is said to assist one in moving forward in life. It is used in rituals to clear blockages.

OakRocks has been in the rock and mineral business for 30 years. We are a great source for Selenite and carry a selection of wands, carvings, spheres, and eggs.