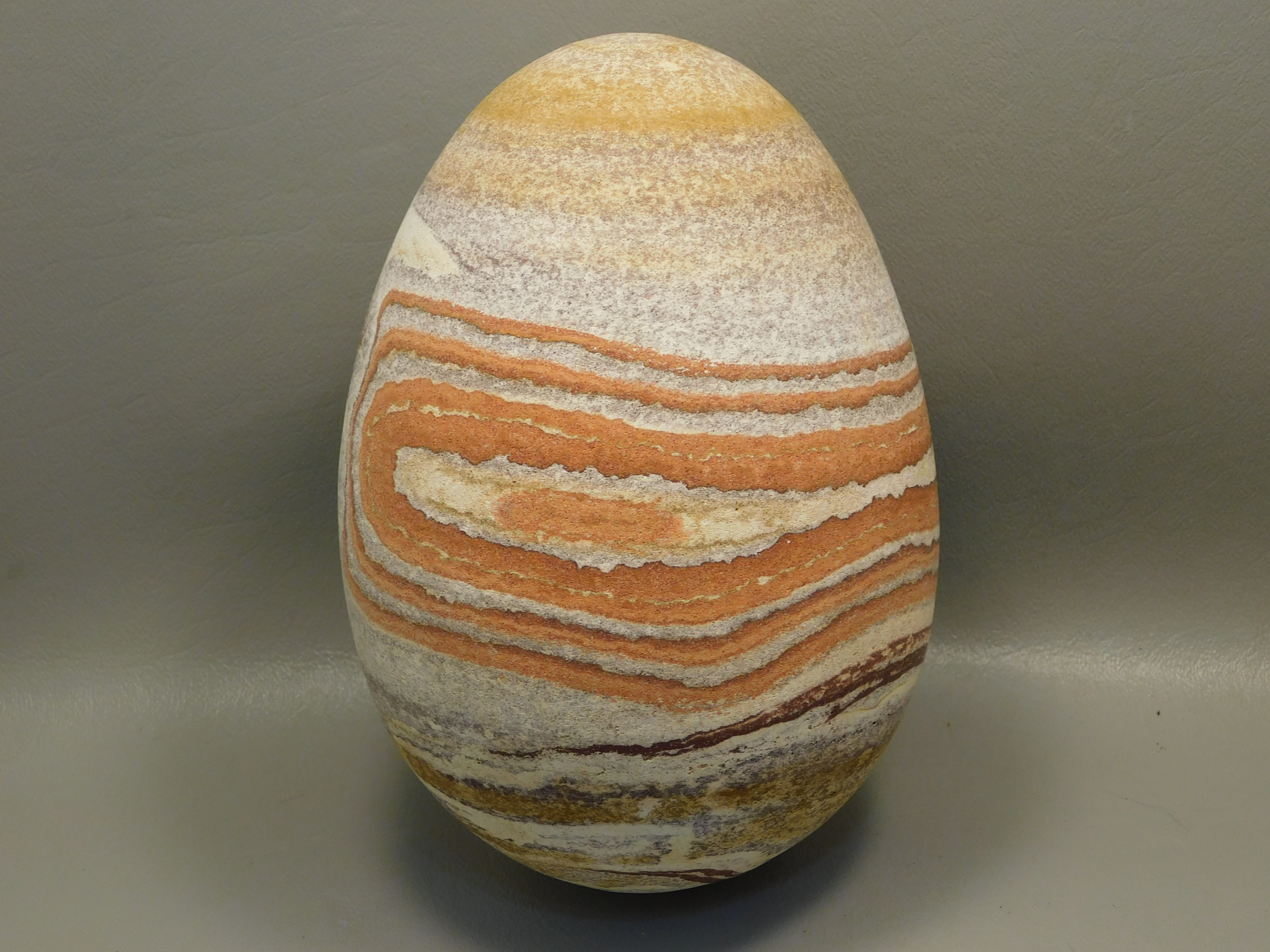 Rhyolite is an extrusive igneous rock formed as a deposit of volcanic ash.

The ash becomes rock after being exposed to extreme heat and pressure. Iron oxide stains create the beautiful patterns. Rhyolite is porous and often does not take a polish.

Rhyolite is a combination of feldspar, quartz, and either hornblende, mica, or augite.  Most Rhyolite is very fine grained and porous and it does not take a high gloss polish.

The name Rhyolite comes from the Greek word meaning "to flow" because the rock shows flow structure formed when it was molten.

Rhyolite is usually orange or brown, but can be gray, green, red or white and, as in the form of Hickoryite, contain yellows or pinks. It usually comes in lighter shades.

Rhyolite has a composition similar to granite, but has a much smaller grain size due to the rapid cooling of the lava flow.

Rhyolite is very common and found all over the world, including Mexico, China, and Great Britain. Here in the U.S. it is found in several states, including Pennsylvania, and Wyoming, and it is abundant in the western states.

Rhyolite helps one move forward and is an excellent stone to keep one in the present moment, rather than worrying about the past. It is associated with change, variety, creativity and progress. Rhyolite is said to help with self-esteem.

OakRocks has been in the rock and mineral business for 30 years. We are a great source for Rhyolite. We carry a selection of Rhyolite carvings, and eggs.