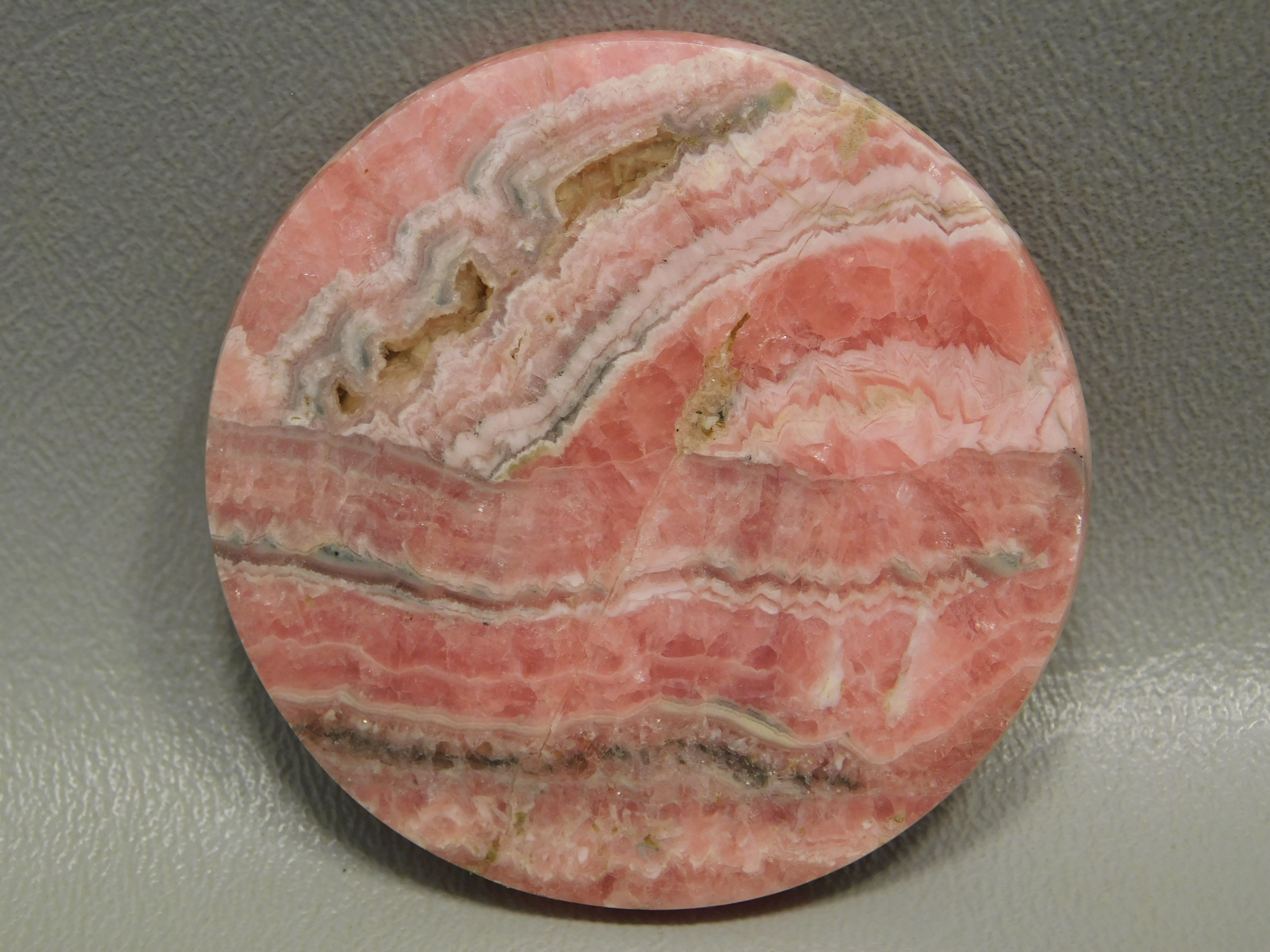 Rhodochrosite is a gorgeous gemmy pink stone mostly from Argentina.

Rhodochrosite actually formed in the Inca silver mines after they were abandoned in the thirteenth century. These magnificent pink stalactites are collected and made into cabochons for jewelry world wide.

This uniquely marbled gemstone is a combination of various shades of pink, ranging from very light to a deep raspberry. A manganese ore, Rhodochrosite appears in a banded pattern with various white minerals, often calcite. Rhodochrosite is usually massive but can be found in rare gorgeous translucent pink crystals!

The name Rhodochrosite is derived from the Greek words rhodon ("rose red") and chros ("color"). Rhodochrosite has a hardness of 3.5 to 4. Even though it is soft, it is often used in jewelry because of its beautiful unmatched color.

Rhodochrosite was approved as the official state mineral of Colorado by the state representatives and senators and signed by the governor on April 17, 2002. The Sweet Home mine in Colorado is the source for some world class Rhodochrosite crystal mineral specimens.

It also has been found in Mexico, Namibia, Spain, Romania, and the Soviet Union.

Rhodochrosite is said to be a stone of love. It soothes the heart and comforts the soul. It is said Rhodochrosite gives one confidence to create their own reality.

OakRocks has been in the rock and mineral business for 30 years. We are a great source for Rhodochrosite and carry a selection of Rhodochrosite rough and slabs, and Rhodochrosite cabochons.