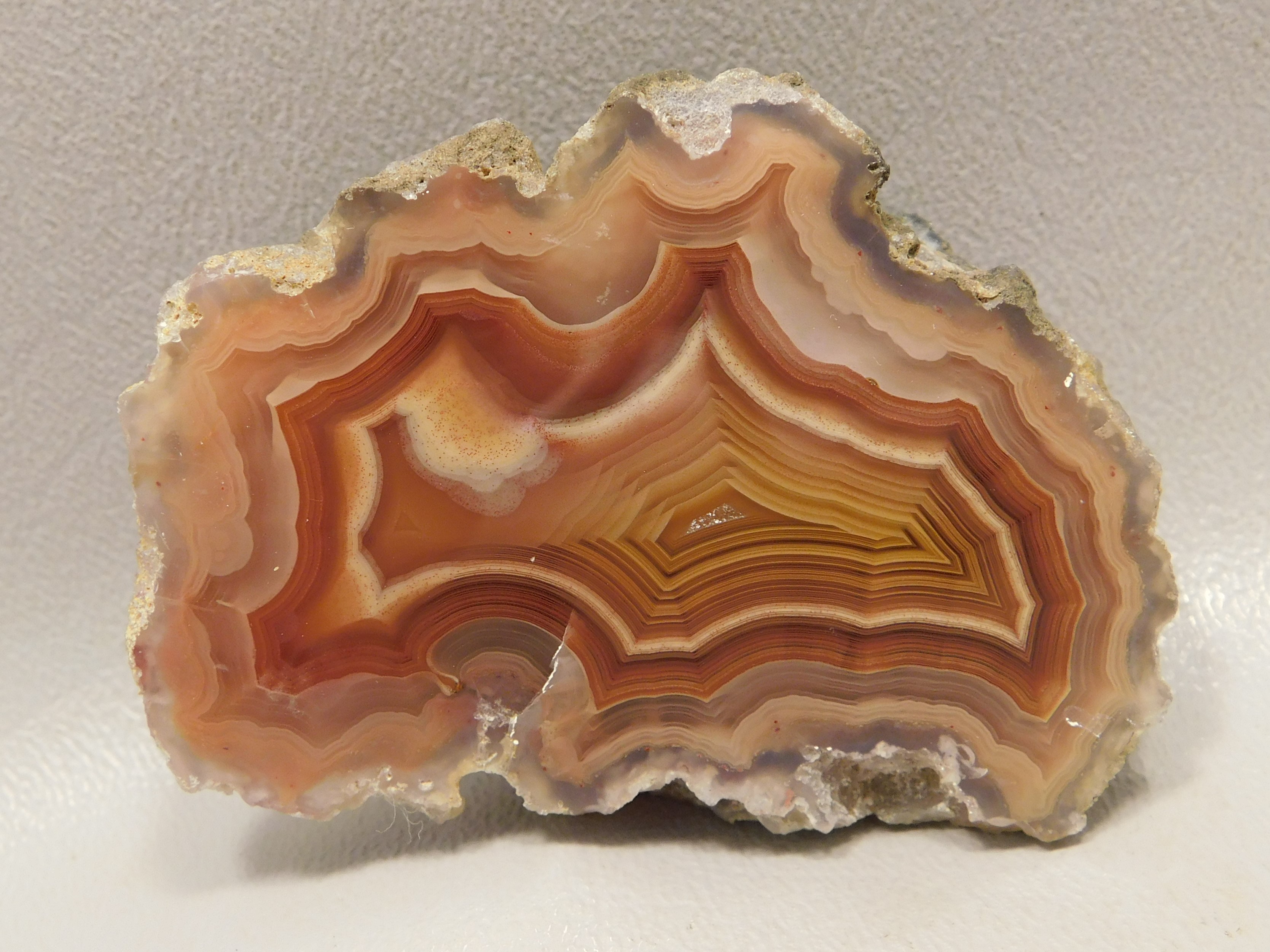 Laguna Agate comes from Northern Mexico and is well known for its vibrant colors of reds!

The Laguna Agate area is in the state of Chihuahua, from the Estacion Ojo Laguna area, about 150 miles south of the U.S.-Mexican border. Laguna Agate was discovered in the late 1940's and it has been found in several sites on the upper section of the mountain covering a distance of over 4 miles. There are several claims and many of them do not have roads to them, so they have been worked entirely by hand.

Laguna Agates are believed to be about 38 million years old and sometimes contain sagenites, moss like inclusions and/or tubes.

Although Laguna Agates are generally small, from 1-3 inches, larger specimens are found quite often. The best Laguna Agates are characterized by contrasting light and dark colors. Besides the deep red it is well know for, desirable colors include yellow, and purple.

In many traditions agate is believed to cure the stings of scorpions and the bites of snakes, soothe the mind, prevent contagion, quiet thunder and lightning, secure the favor of the powerful, and bring victory over enemies.

OakRocks has been in the rock and mineral business for 30 years. We are a great source for Laguna Agate and carry a selection of Laguna Agate cabochons.