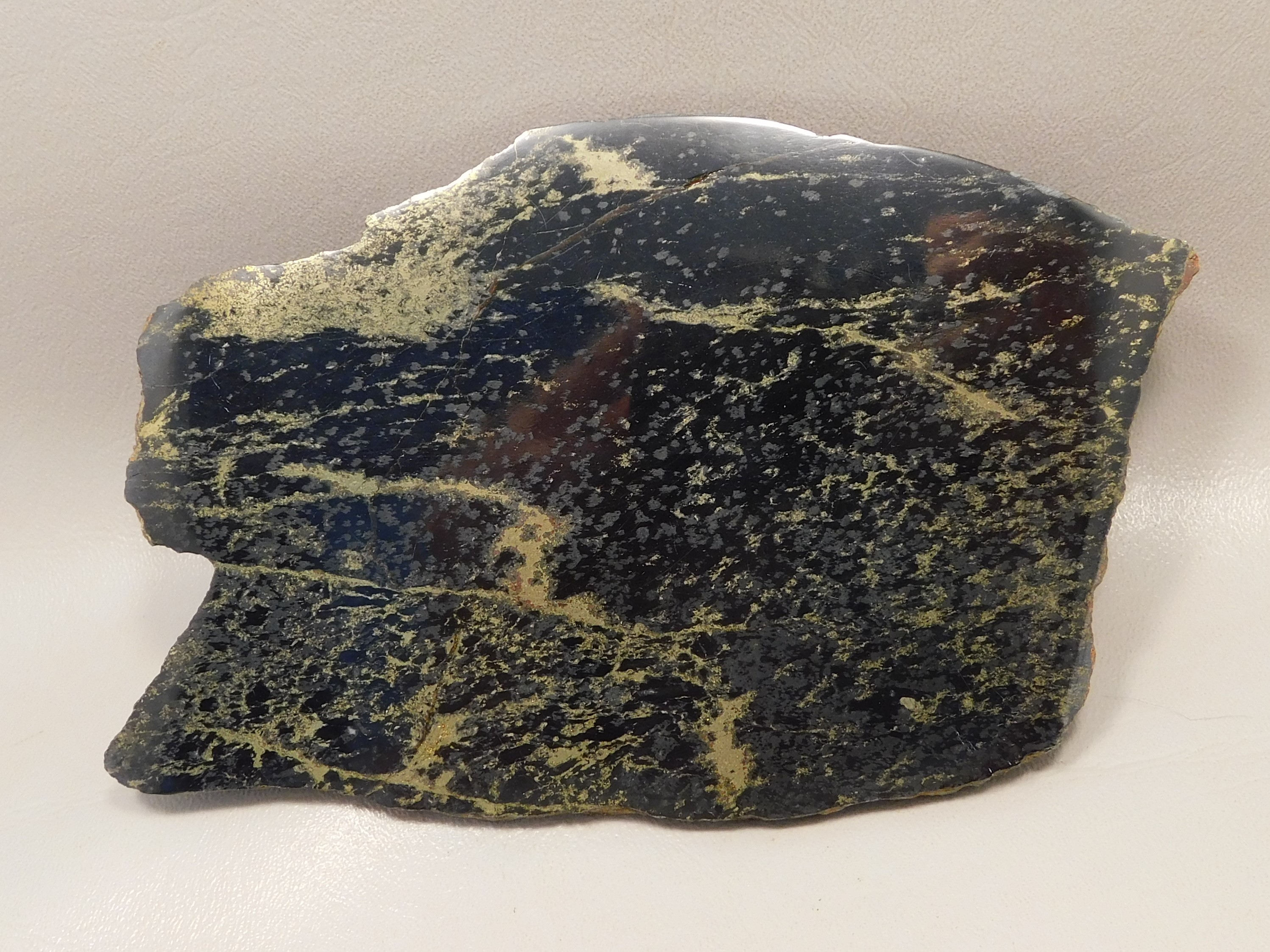 Apache Gold is the trade name given to a elegant black and shiny metallic gold rock found in the United Verde Mine in Jerome, Arizona.

The black host rock is a Chlorite Schist, the shiny gold is Chalcopyrite.  Chalcopyrite (also sometimes known as Fool's Gold) is a high grade copper ore.

The name Apache Gold is a reference to the Apache Indians who lived in Arizona and the gold color of the Chalcopyrite.  The name Chalcopyrite is a combination from the Greek word khalkos meaning copper and the mineral pyrite.  Pyrite is an iron sulfide. Chalcopyrite looks similar to the gold colored Pyrite, but it actually has a richer, more buttery, yellow color.

Copper sulfides were buried beneath accumulating volcanic materials.  These rocks and ores were then metamorphosed by hydrothermal activity.  This created the rich Chlorite mineral known as black schist.  Schist is a common coarse grained rock and most schists are mica schists, but graphite and chlorite schists are also common.

Located high on top of Cleopatra Hill (5,200 feet) between Prescott and Flagstaff is the once thriving mining town of Jerome, Arizona. But by 1953, after belching copper for more than 70 years (and about 800 million dollars worth!), the mine was closed down. Now it is mostly a quaint little tourist town. Due to the 30-degree incline of the mountainside, gravity is pulling the entire town down the slope!

OakRocks has been in the rock and mineral business for 30 years. We are a great source for Apache Gold and carry a variety of Apache Gold products.