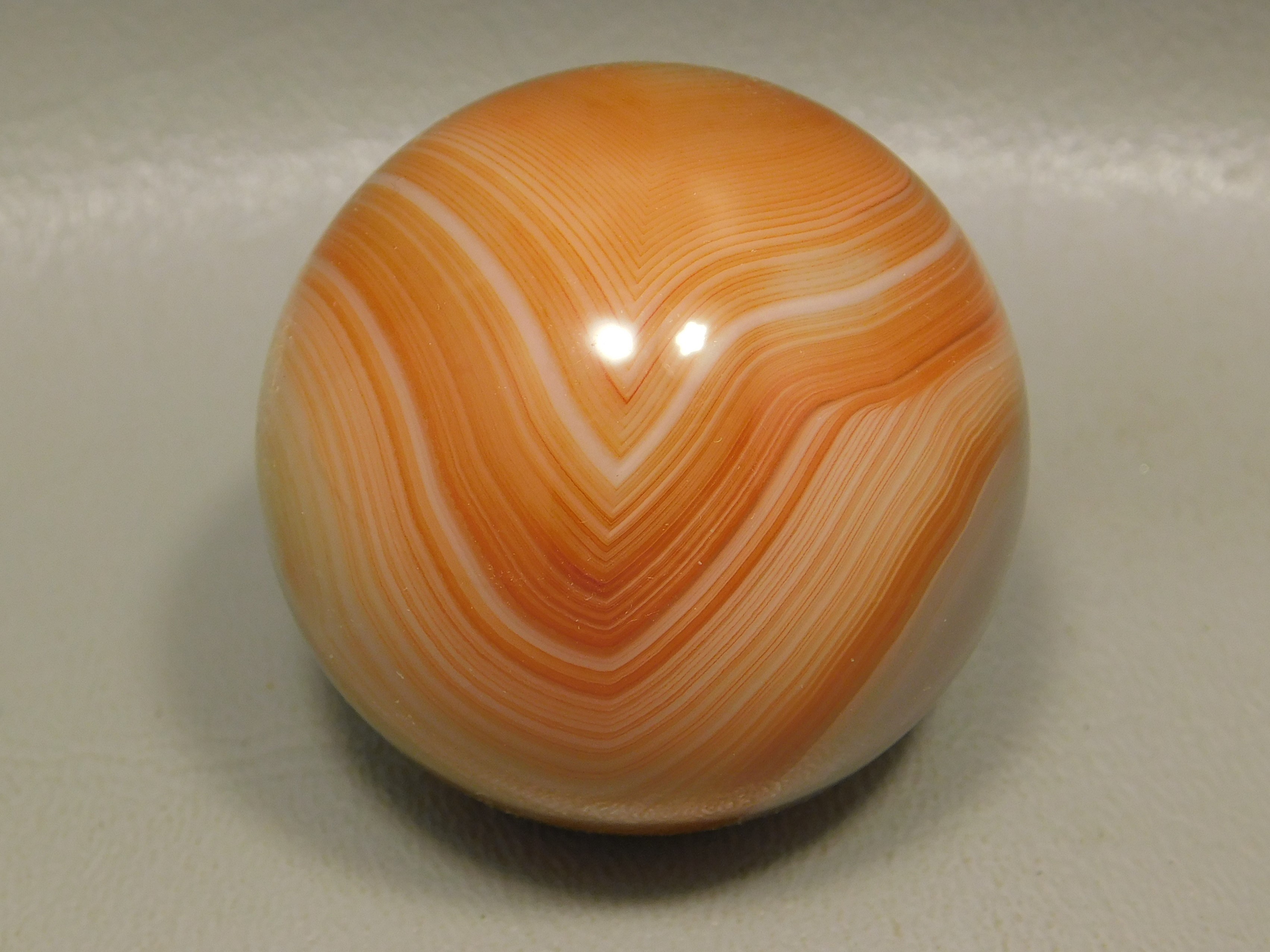 Carnelian, also spelled Cornelian, is the only member of the translucent chalcedony family with its own name!

Though it is actually Carnelian Agate, it is usually referred to as just Carnelian.  The name is derived from the Latin word, carne, meaning flesh, in reference to the flesh color sometimes exhibited.

The chalcedony variety, agate, is defined by its translucency (ability to see light through it), and by its clearly defined pattern or banding of multiple colors.

The orange or orangey red color of Carnelian is caused by traces of iron oxide.  It is sometimes solid or splotchy, and sometimes it has really cool banding orange and white banding.

It comes from India, Brazil and Uruguay.

Carnelian has been important since Mesopotamia times. It was said to be used by the Egyptian goddess Isis to protect the dead on their journey through the afterlife. It was popular in ancient Rome and Greece for signet rings. Muhammad's seal was an engraved Carnelian in a silver ring. To this day Buddhists in China, Tibet, and India believe in the protective powers of Carnelian.

Carnelian is also mentioned in the Bible as being one of the "stones of fire" (Ezekiel 28:13-16) given to Moses and set in the breastplate of Aaron (Exodus 28:15-30). It is one of the twelve gemstones in the walls of Jerusalem.

Metaphysical or Healing Properties of Carnelian: Carnelian is said to be a stone of creativity, individuality and courage. It is believed to aid memory. Carnelian is said to ease or remove sorrows and help one find the right mate. And it is said to protect one from jealousy, anger, and fear.  Carnelian is best for assisting one in making changes or transforming one's life.

OakRocks has been in the rock and mineral business for 30 years. We are a great source for Carnelian and carry lovely eggs, spheres, and polished pieces.