Because every mineral has its own unique chemical composition and atomic 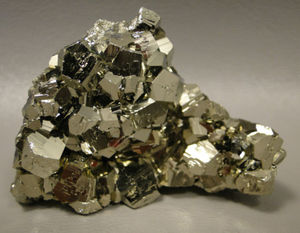 structure, there are lots of scientific ways to identify minerals. Of course, to the naked eye it can sometimes be difficult to tell some minerals apart. Most minerals owe their color to the presence of impurities-copper ore tends to be blue, iron is red, and nickel is green. Some minerals can appear in a rainbow of colors. Fluorite is a good example. It can be found in pinks, yellows, purples, greens, and blues, as well as clear! Luster is very useful in identifying minerals. The luster is the appearance of the surface. It is metallic, shiny, dull, silky (meaning fibrous), or pearly (meaning iridescent). The most common luster is known as “vitreous” which is like glass. Minerals can be opaque (can’t see through them), translucent (light will pass through them) or transparent. The Moh’s hardness scale measures the hardness of minerals on a scale of 1-Talc being the softest, up to 10-Diamond being the hardest. The scale simply means each group can scratch the next softest group and any of the others below it. Cleavage refers to how a mineral specimen breaks when struck. If it breaks into smooth flat surfaces, that is referred to as cleavage. Fluorite again, is a good example of this. Metallic minerals, especially those containing cobalt, iron, or nickel, will often attract a magnet.

The majority of minerals develop into crystals. Crystals actually come in many different shapes and sizes. There are basically seven different types of crystal formations. However nature is not perfect and there are many variations of these standard shapes. Crystals can be microscopic to humongous. Gypsum crystals have been found in Nica, Mexico that are 40-60 feet long and 15 feet across! Some minerals are cryptocrystalline. They are made up of microscopic crystals tightly laced together and actually appear massive. Minerals that are not crystals or cryptocrystalline are called amorphous. Minerals usually exhibit what is referred to as “habits”. This means they tend to grow the same in shape or appearance, regardless of where they are from. Some habits are dendritic (tree-like), drusy (a coating of tiny, tightly packed crystals), and stalactite or stalagmitic. 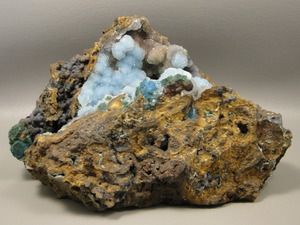