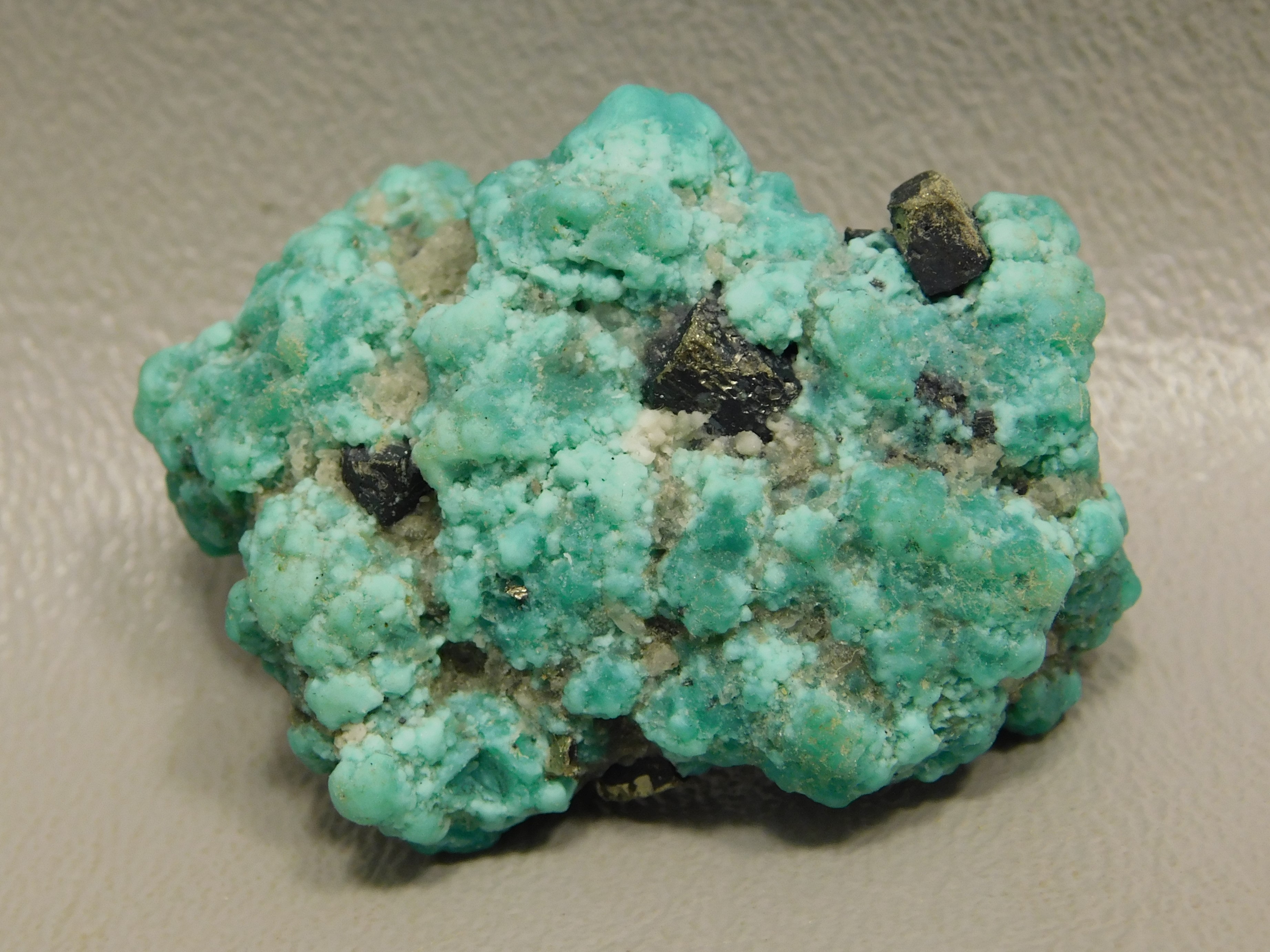 Turquoise is probably one of the most recognized semiprecious gemstones in existence.

Turquoise has been popular for cabochons since prehistoric times. It is believed to be one of the first gemstones ever mined.

This stone is a hydrated aluminum copper phosphate that often contains iron.

Turquoise occurs naturally in shades ranging from sky blue to grey-green, usually in locations where copper is hidden in the soil in high concentrations. The blue color is caused by copper, while the green color is caused by iron or chromium.

The name comes from the French word pierre turquois, which means Turkish stone, because the trade route that brought it to Europe used to come via Turkey.

A pure blue stone cabochon is very rare, most Turquoise has inclusions of its host or matrix rock. Though Turquoise comes from Persia, Persian Turquoise is often used to refer to solid blue turquoise, not necessarily form Persia.

Turquoise has been mined from what is now known as Iran since 5000 B.C. In fact it is the national gemstone of Iran. IN 1990 the tomb of Queen Zar was opened and a turquoise bracelet was found on the mummies' wrist.

Turquoise does not take a high gloss finish, its appearance is waxy and dull.  The material is anywhere from 5 to 7 in hardness and can be brittle or chalky.

Most Turquoise on the market is stabilized or "treated" (which means impregnated with a resin) for easy cutting. It is considerably softer than quartz and thus is usually treated in some way for stability.  When material is labeled as "reconstituted" it means that the Turquoise was actually crushed and then re-solidified with a resin.

Turquoise is found in several areas.  It is still commonly found in the Southwestern United States, but most of the claims are privately held.

There is a mountain in China known as Turquoise Mountain.

Turquoise is said to be beneficial to overall well-being and soundness of one's moods and emotions. It is said to be good for self-forgiveness, self-acceptance, and the release of useless regrets. Wearing Turquoise can lift your sagging spirits!

Turquoise is one of the birthstones for the month of December and the gemstone for both the 5th and 11th wedding anniversary.

OakRocks has been in the rock and mineral business for 30 years. We are a great source for Turquoise and carry a selection of Turquoise polished pieces and cabochons.