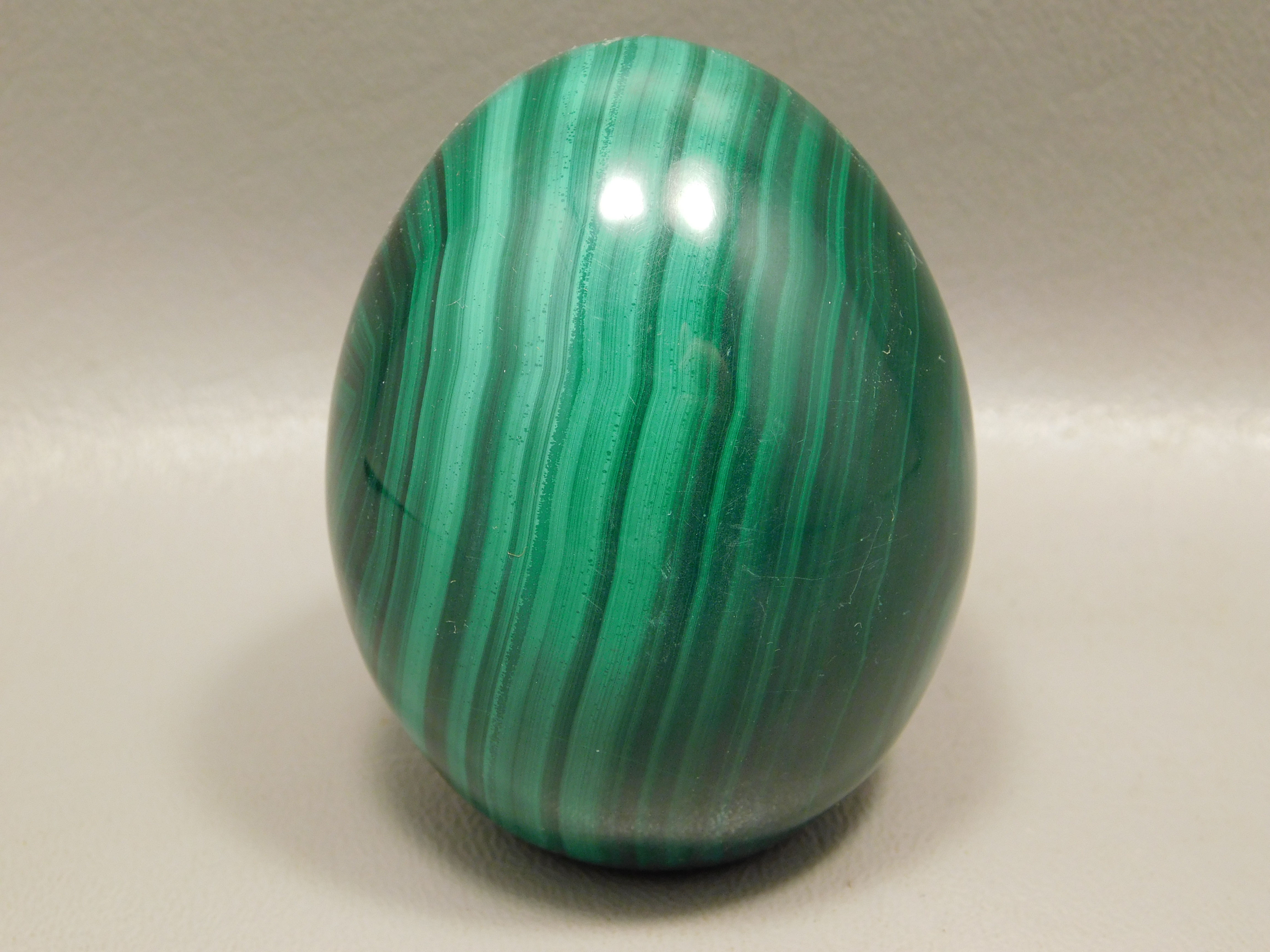 Malachite, a beautifully patterned green mineral, is a copper carbonate or a copper ore.

Malachite crystallizes in the monoclinic crystal system, and most often forms botryoidally, fibrous, or stalagmite masses.

This material is found in the oxidation zone of major copper deposits. Most of the solid Malachite comes from the Congo in Africa. However Malachite is often found with other copper ores, such as Chrysocolla, or Azurite.

A well know source of Malachite, both in mineral or cutting grade, is the copper mining districts in Zaire and Namibia.  Many great materials come from Arizona, the leading copper producing state. Other locations include Mexico, Russia, Chile, and Peru.

Malachite is from the Greek word malache, meaning "mallow" in reference to its green leaf color. Malachite is always green, but can range from very pale to very dark almost black.

Malachite was mined as early as 4000 B.C. by the ancient Egyptians, who attached it to children's cradles to drive away evil spirits. In the Middle Ages, Malachite was believed to protect against the evil eye, black magic and sorcery, and to cure various types of stomach ailments. The pharaohs often had their headdresses lined with Malachite in the belief that it helped them to rule wisely. In some parts of Germany, Malachite was believed to protect the wearer from danger in falling, and it also gave warning of approaching disaster by breaking into several pieces.

Malachite is a protective stone, especially during pregnancy and childbirth, and during flying and other travel. Using Malachite one can counteract self-destructive romantic tendencies and help encourage true love.  It is believed Malachite can help you identify and act upon creative talents. And it is said to help those afraid of being noticed, afraid of confrontation, or afraid to express themselves.

OakRocks has been in the rock and mineral business for 30 years. We are a great source for Malachite and carry a large selection Malachite mineral specimens, stone carvings, eggs, spheres and Malachite polished pieces. We also carry Malachite mixed with other copper ores, such as Chrysocolla-Malachite and Azurite-Malachite.