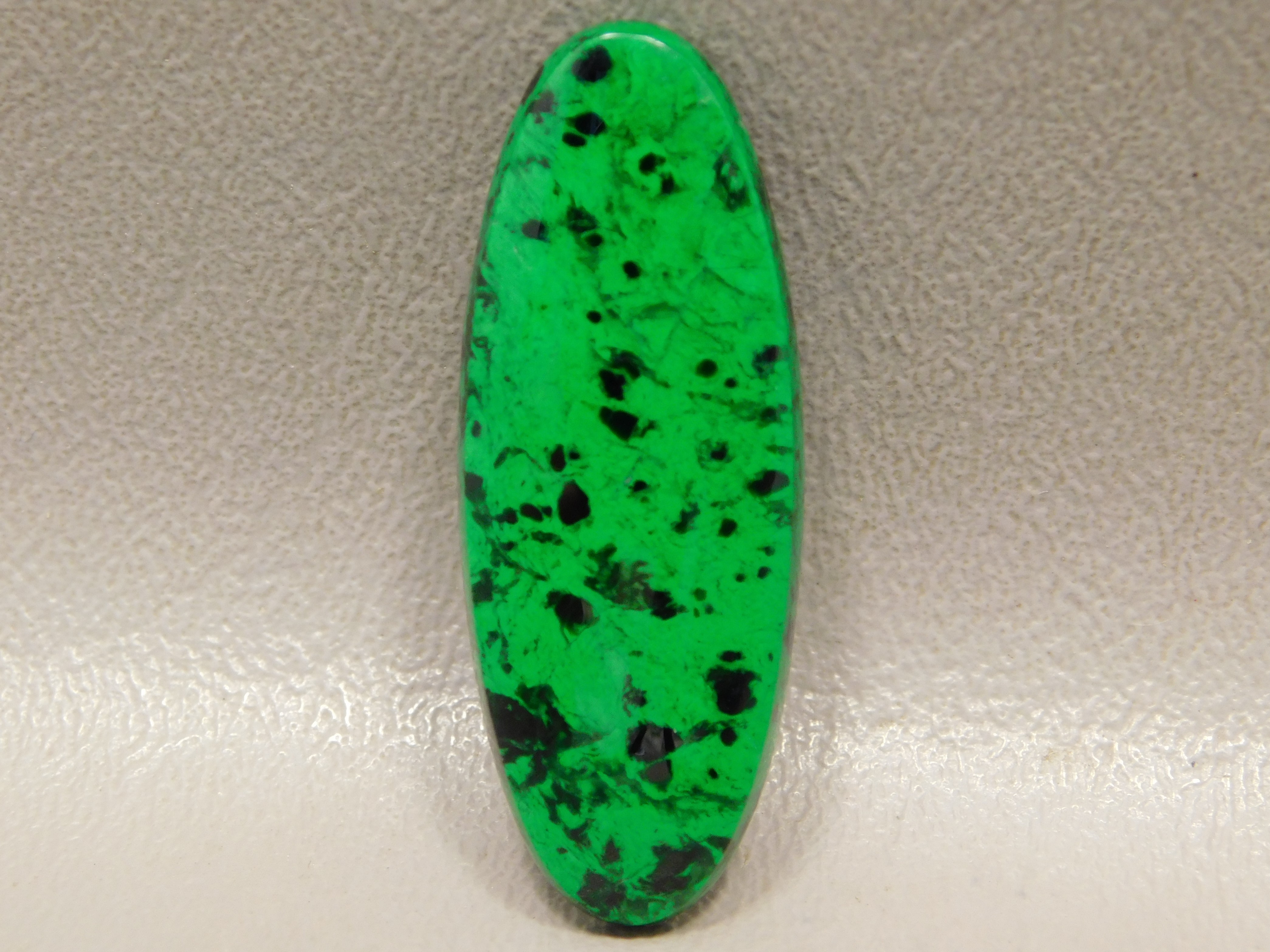 Maw Sit Sit is a rare green gemstone that has dark green to black veining; it sometimes has white spots.

Maw-sit-sit has a hardness of 6.

It is a byproduct of jadeite mining and is quite rare in comparison to jade. Its exact composition is still unknown, because classification is quite a challenge due to maw-sit-sit’s unique composition.

Jadeite is a component, but there is some controversy on whether it can be called jade.

Maw-sit-sit is found in the famous jade mining region of Tawmaw in the Himalayan foothills of northwestern Myanmar (formally Burma). It was first identified by the late Dr. Eduard Gubelin in 1963 and named after the village close by. Maw-sit-sit, like the jadeite found in this region was formed due to high pressure metamorphism. This region lies on a plateau at an elevation of approximately 3000 feet within the Uru river drainage basin.

Maw Sit Sit is said to be energizing, to help one feel alive, and to ward off melancholy and depression.

OakRocks has been in the rock and mineral business for 30 years. We are a great source for Maw Sit Sit and carry a large selection of Maw Sit Sit cabochons and Maw Sit Sit rough.