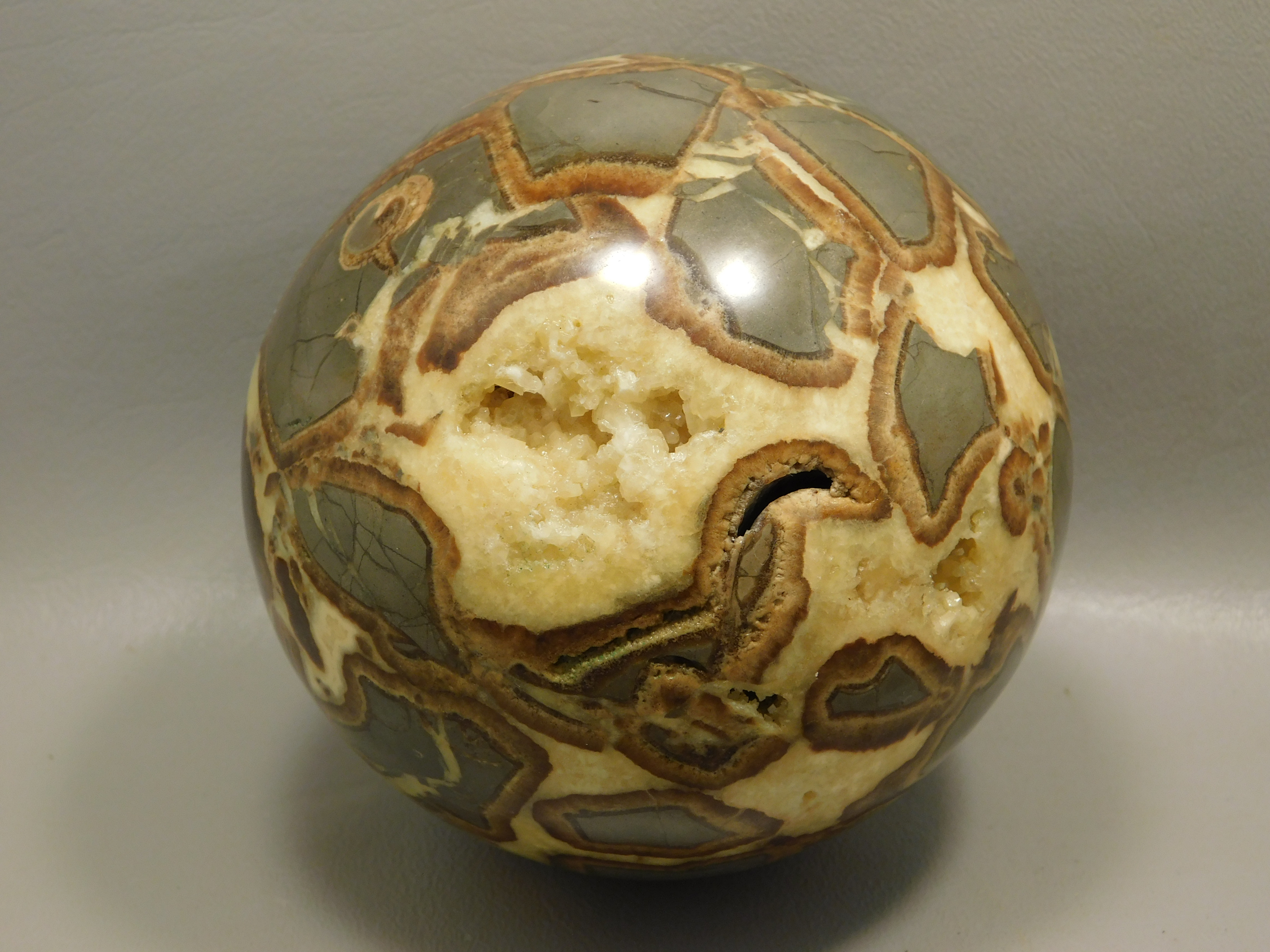 They actually look like giant mud balls, but when you break them open they have very pretty pockets of yellow. Some even have open pockets covered with sparkling yellow crystals!

Septarian Nodule was formed some 50 to 70 million years ago, when the Gulf of Mexico extended into what is now Southern Utah. Decomposing sea life (especially seashells) had molecular attraction for the sediment surrounding them, forming mud balls. As the ocean receded, the balls dried and cracked. The oceans returned, depositing more sediments. Aragonite then formed on the edges of the cracks and yellow Calcite crystals formed in the spaces. The name comes from the Aragonite dividing ("septurn" in Latin) the calcite from the clay.

In Utah, Septarian Nodules are found about 20-40 feet underground about 15 miles east of Zion National Park.

This material has also been found in Madagascar and this material is sometimes called Dragon Stone.

Septarian Nodules are said to bring feelings of joy It also is said to help with communication.

OakRocks has been in the rock and mineral business for 30 years. We are a great source for Septarian Nodule from Utah. We carry a wide variety of Septarian Nodule eggs and spheres, rough and polished pieces and animal carvings.