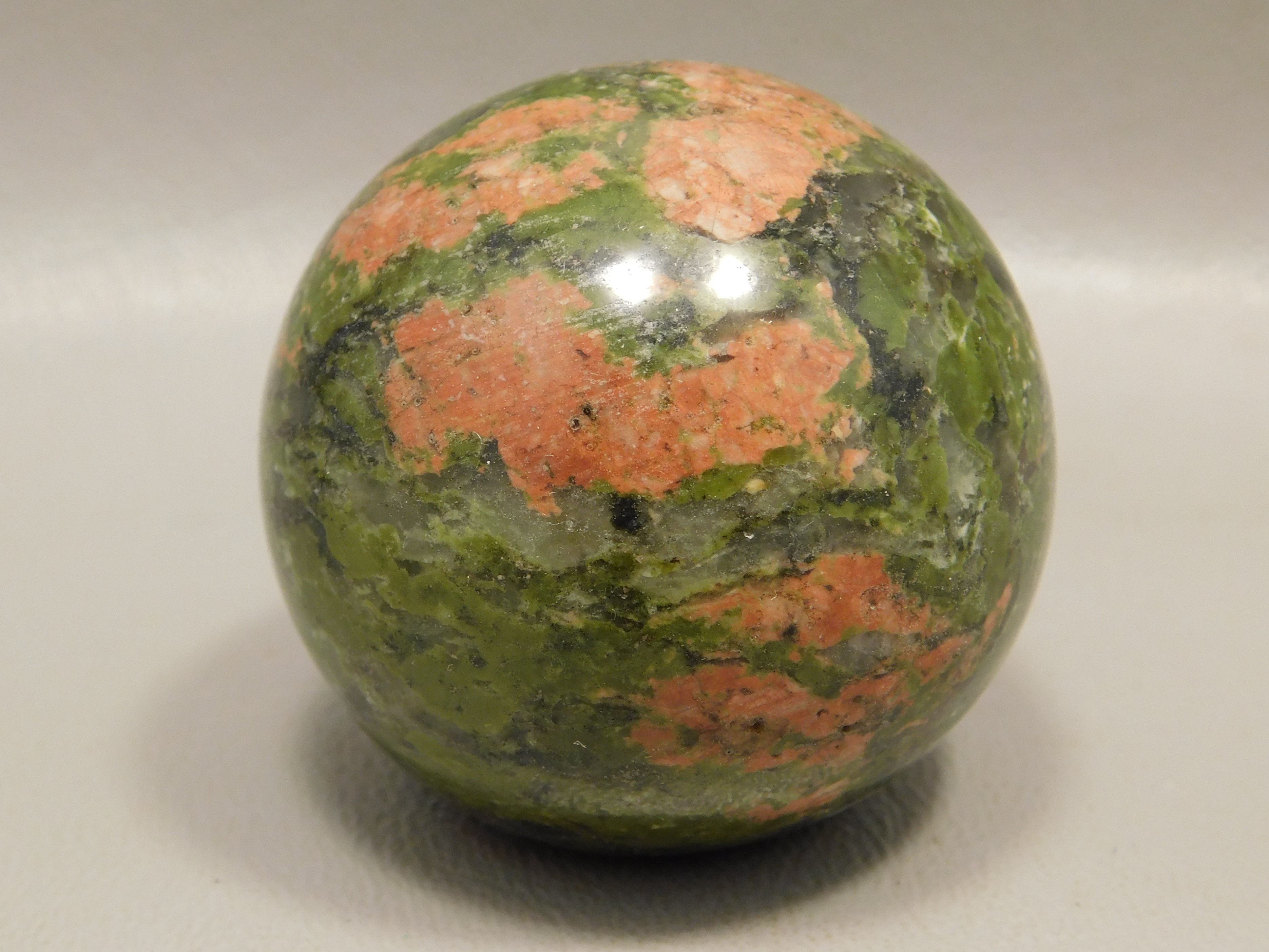 It exists in various shades of green and pink and is usually mottled in appearance.

Unakite is also referred to as epidotized granite.  The pink is orthoclase, and the green is epidote.

Unakite was used as a trimming in the front steps as well as flooring tiles on a landing at the south entrance of the Smithsonian Museum in Washington, D.C.

It has also been found in New Jersey and in the state of Virginia, as well as outside of the U.S., including in South Africa, Brazil and China.

Unakite is said to help eliminate bad habits, especially those of overeating and over consumption of alcohol.  It is believed to aid in releasing negative emotions.