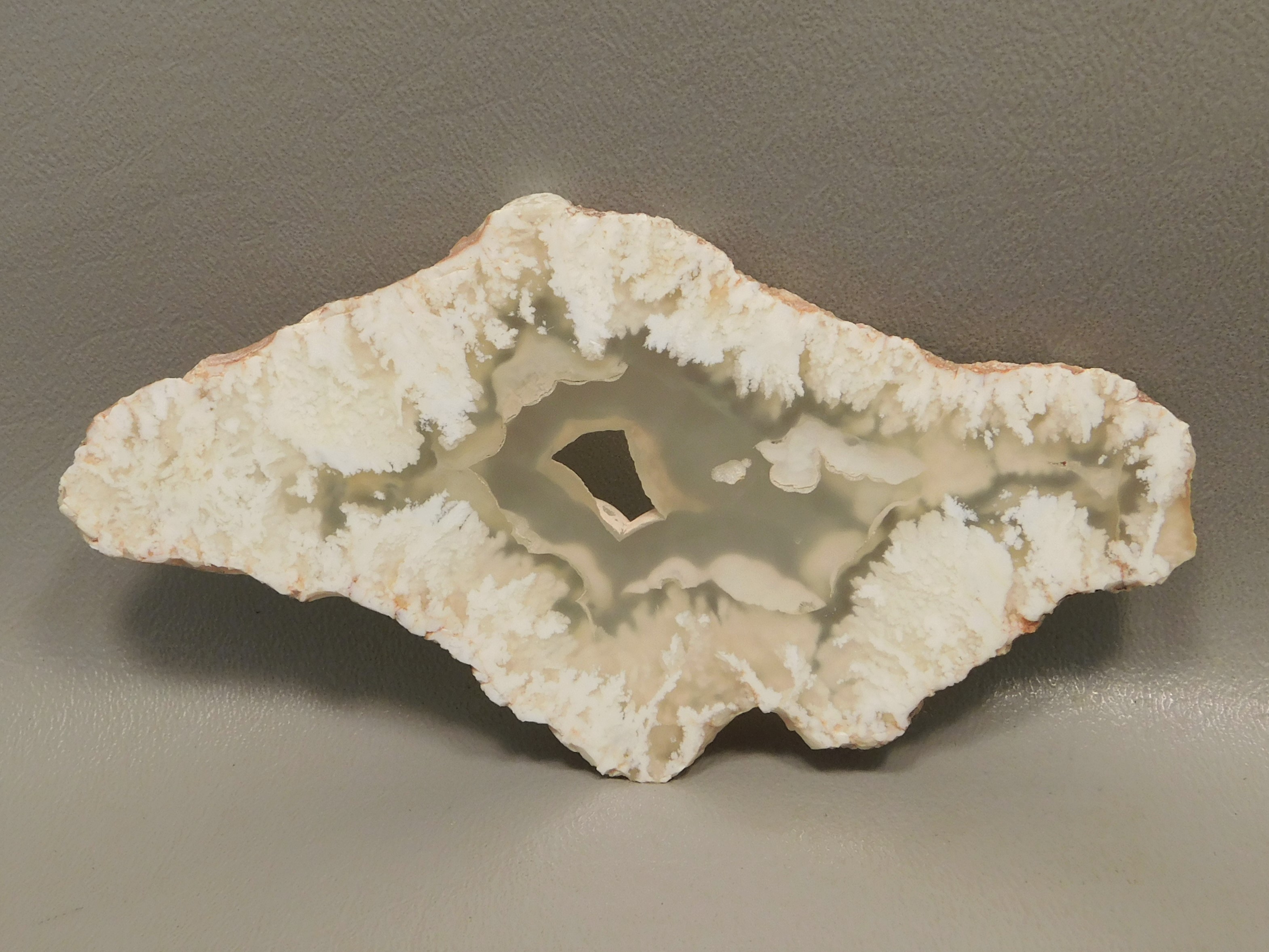 Plume Agates are generally clear or milky with three-dimensional plant, bush or flower-like patterns or plumes floating in them.

Plumes are different than dendrites, which are usually more branch-like or thin, or moss which is more mossy-like. Moss, plumes, and dendrites are usually composed of iron or manganese oxides.  Often moss and plume inclusions are found together in the same rock.

Stinking Water Plume aka White Plume Agate is found near the Stinking Water creek, in eastern Oregon. This area, east of Burns, is quite famous for great rockhounding. It has white to yellowish plumes in a milky white nearly transparent agate.

Plume agate inclusions form when iron oxide, maganese oxide, or other oxides where present during the rock formation.  The color of the plumes can vary depending on the material present when the rock forms, and in fact sometimes it can occur in multi-colors.

Metaphysical Properties: In general Agate is said to be stabilizing and strengthening. They improve memory and increase energy.

OakRocks has been in the rock and mineral business for 30 years. We are a great source for Plume Agates, including Stinking Water Plume Agate and carry a selection of White Plume Agate cabochons, polished slabs, and rough rock.