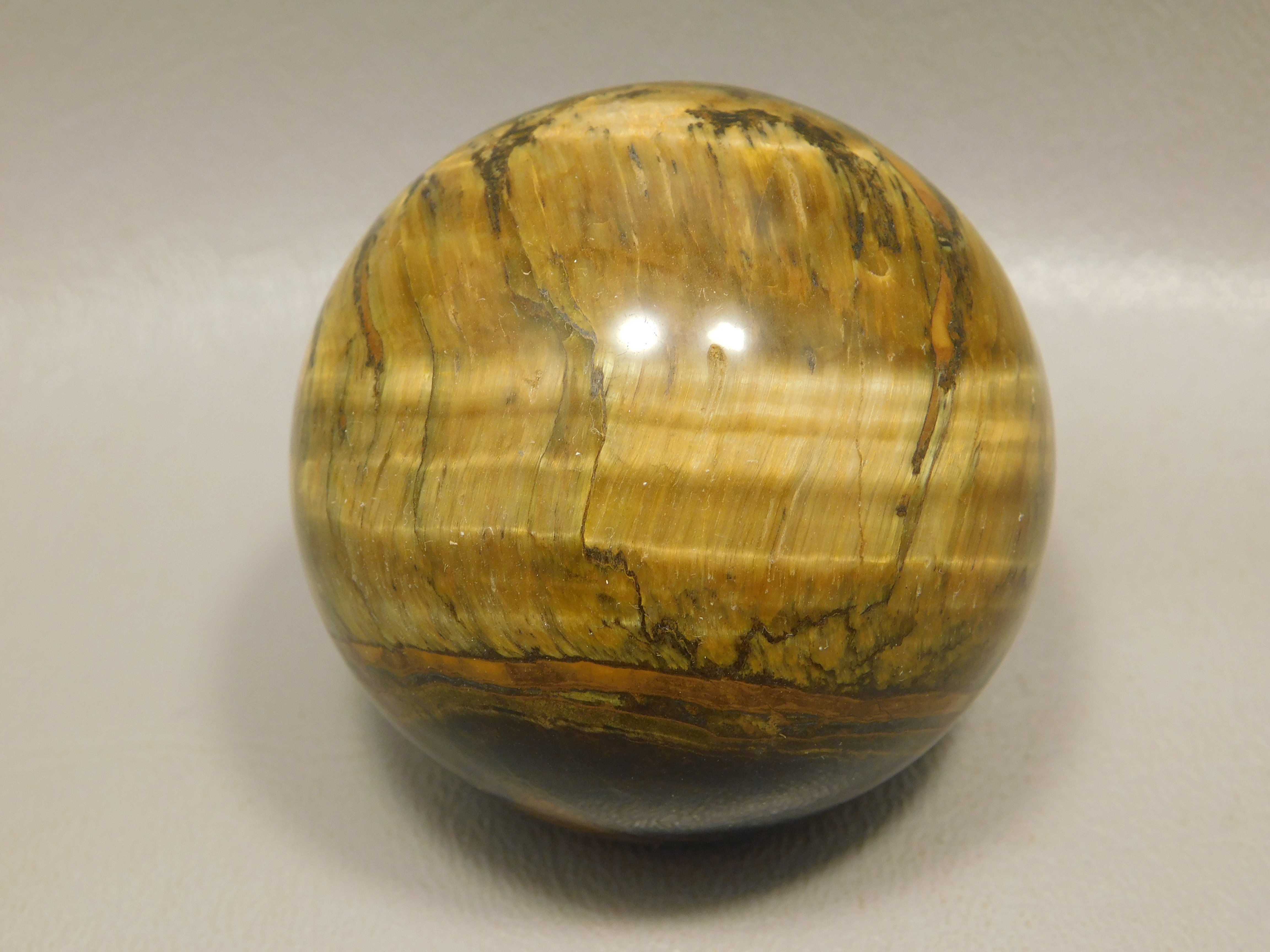 Tiger eye or Tiger's Eye is a member of the macro-crystalline quartz family, usually with rich yellow and brown stripes.

Occasionally Tiger's Eye can be found blue or red, but most of the time those colors are dyed or heated. Heating Tiger-eye sometimes causes it to turn a reddish color.

It is most commonly found in South Africa. But it has also been found in Western Australia, Myanmar (Burma), India, and California.

Tiger-eye contains oriented fibers of crocidolite that have been replaced by silica. The fibers are twisted or crumpled instead of straight, reminiscent of sand and sunlight.

Roman soldiers wore Tiger-eye for protection in battle, and the stone was thought to be all-seeing due to its ocular appearance. However, Tiger eye made its gemstone debut sometime in the late 19th century and was much more valuable back then than today.  Tiger-eye is cut into cabochons, and often used for carvings, boxes, bowls, etc.

Tiger Eye is said to enhance integrity, willpower, practicality and correct use of power. It is a stone that brings good luck, and prosperity, often in the form of money. Tiger-eye is a very protective stone, and is said to be especially protective during travel.

OakRocks has been in the rock and mineral business for 30 years. We are a great source for Tiger's Eye and carry a large selection of Tiger's Eye cabochons, decorator pieces, gemstone animal carvings and rough rock.