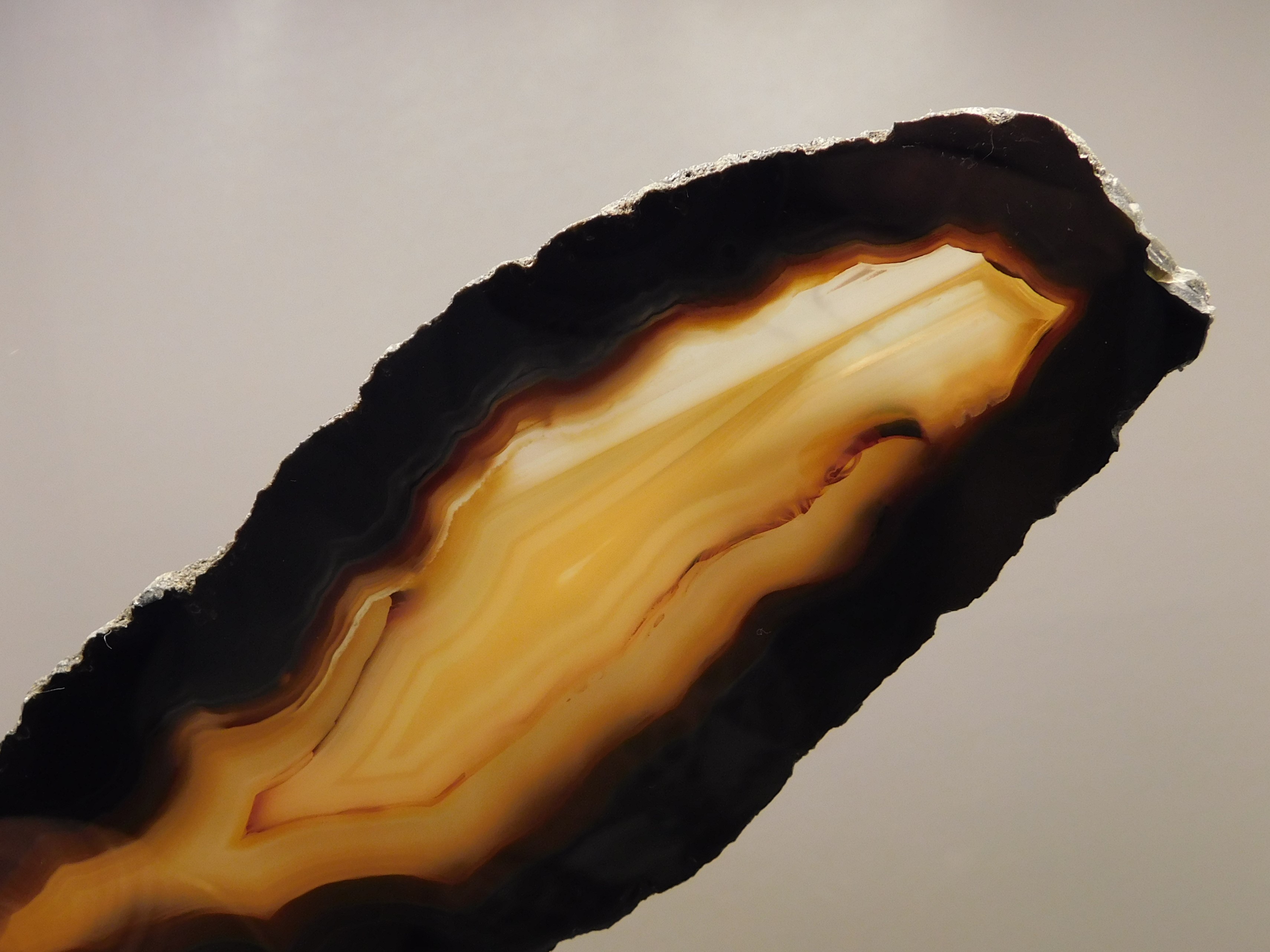 Brazilian Agate and Piranha Agate are some of the most beautiful banded agates ever found.

Brazil has the most massive deposits of agate in the world and they are mostly found in southern Brazil. This area has the largest known basalt flow on earth and the agates here are believed to be about 130 million years old. In past years an estimated 3000 tons per year of Agate has been mined in Brazil. Brazil Agates are the ones you commonly see at rock shows, dyed bright pink or blue. Brazilian Agates are also know for the larger sizes, some as large as 3 feet have been found!

Piranha agate comes from the State of Parana, near Guarapuava, Brazil and appears to be closely related to what is generally called Brazilian Agate. The name is believed to be a misspelling of its location! Piranha Agates have intense color, and strong contrast with excellent banding.

No gemstone is more creatively striped by nature than agate, chalcedony quartz that forms in concentric layers in a wide variety of colors and textures. Each individual agate forms by filling a cavity in host rock. As a result, agate often is found as a round nodule, with concentric bands like the rings of a tree trunk. The bands sometimes look like eyes, sometimes fanciful scallops, or even a landscape with dendrite trees.