Ruby and Fuchsite (or Zoisite) 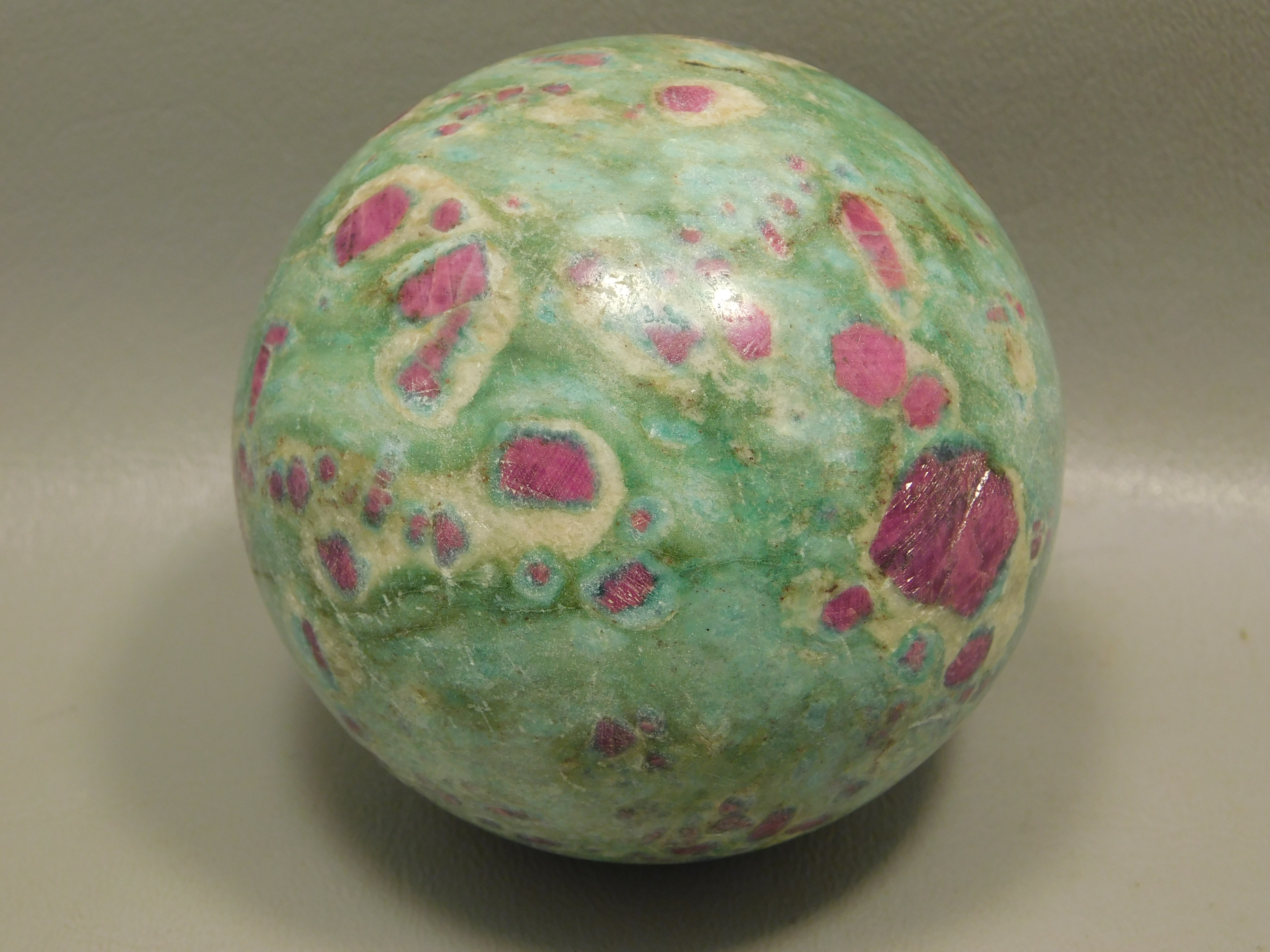 Ruby and Fuchsite and Ruby and Zoisite are both lovely green semiprecious stones with actual pink Ruby crystals embedded in it.

Ruby is the red variety of corundum, the second hardest natural mineral known to mankind. All other colors of corundum are called Sapphires.  Ruby is usually considered a precious gemstone and is faceted for setting in jewelry.  In these materials the Ruby is usually a low grade, but lovely nontransparent light to magenta pink, which in some of the rocks exhibits fair to good hexagonal crystal outlines.

Most Ruby is fluorescent!

The Fuchsite is a variety of muscovite with a pronounced teal green color, thanks to the presence of chromium in the crystal lattice.   Ruby and Fuchsite comes from India.

The Zoisite is granular and tends to appear sugary in the rough.  It is usually a darker avocado green.  This variety often has black speckles which is amphibole.

Zoisite was named for the Slovenian noble, Sigmund Zois (1747-1819), Baron of Edelstein, whose interest in minerals led to his financing mineral collecting expeditions.  It is said, however, that this mineral, first found in 1805 in Austria,  was originally called saualpite and only later renamed zoisite.  The Ruby and Zoisite comes from Tanzania. 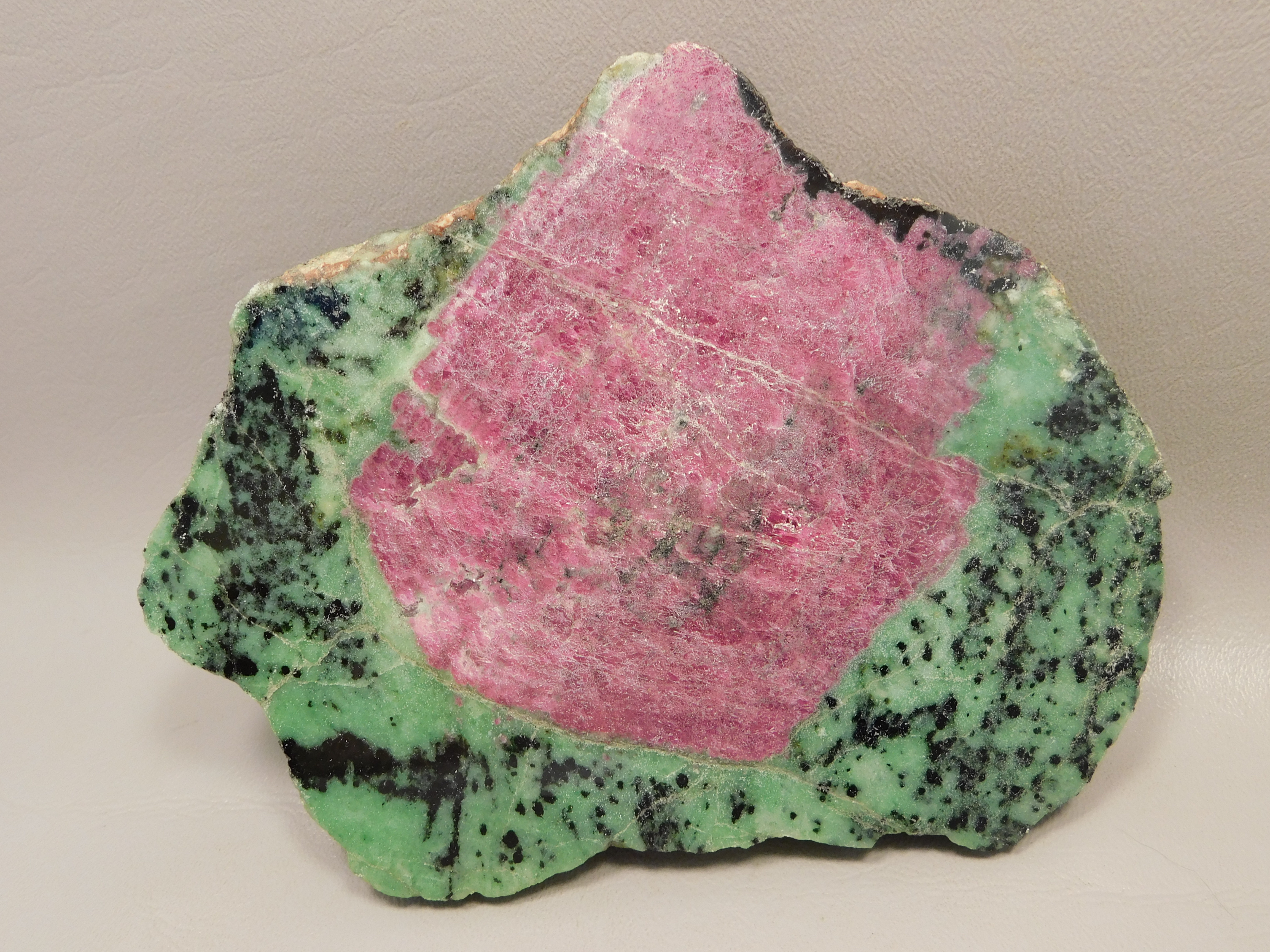 Metaphysical Properties for Ruby and Fuchsite:

Fuchsite assists in personal interactions, wellness and productivity. Ruby, the stone of nobility, brings forth loving emotions, nurturing, spiritual wisdom, health, knowledge and wealth. Ruby embedded in Fuchsite is a newly discovered, unique gem that blends the energies of both crystals.

Metaphysical Properties for Ruby and Zoisite:

This beautiful combination is said to relieve lethargy and boosts physical energy.