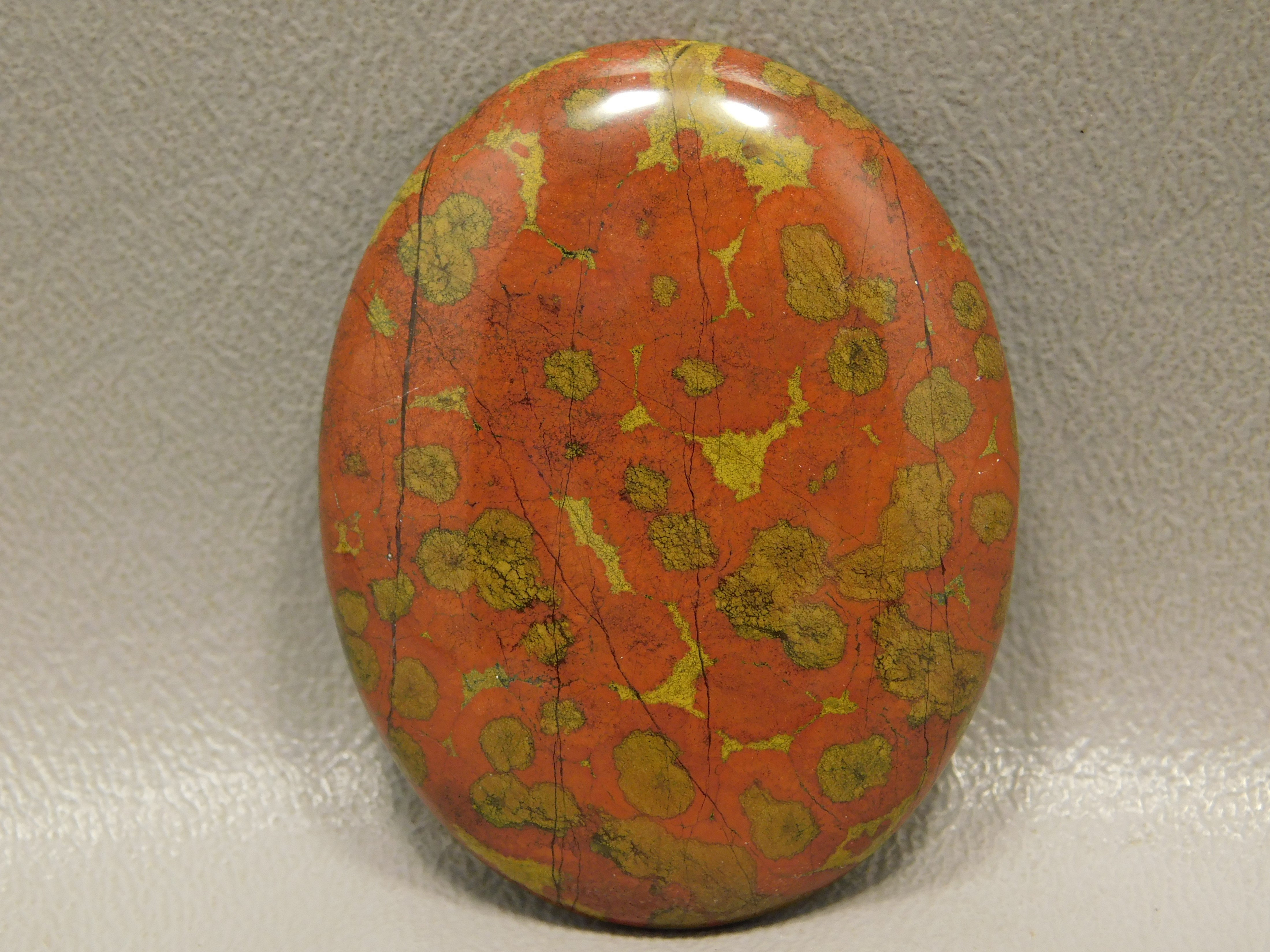 Poppy Jasper is an orbicular jasper.

Poppy Jasper pattern has small orbs or sphere shapes and was so named because they resemble the poppy flower.

This semi precious stone material is usually found in areas with high seismic activity and it usually has fracture lines-both healed and unhealed.

Most poppy jaspers are red or pink base.  The orbicular jasper is likely formed by the metasomatic volcanic activity. Hot fluids carrying dissolved silica and iron migrating through porous volcanic rock filled in the holes with iron minerals and silica.

Poppy Jasper comes from several locations, but the most well known AND certainly the prettiest is the Morgan Hill Poppy Jasper from California.  In this variety of red jasper the "poppies" are red, orange, white and yellow.

Morgan Hill Poppy Jasper is found near the city of Morgan Hill in Santa Clara County in Northern California. It is found primarily on the back side of the El Toro Mountain Peak. The vein runs for several miles and is found in four known locations. All of which are on private property, with one spot being in a state park. Unfortunately the owners of the properties do not allow access and the state is quick to prosecute if they catch you digging there. There are some owners occasionally bringing material out, but it is very scarce.

The city is quite proud of their rock, in fact they named it their official rock in 2002 and even have a large film festival named after it. Another Poppy Jasper from close by in California is Guadalupe Poppy Jasper.

The picture is actually of a pink Poppy Jasper from Mexico.

Poppy Jasper, like all jaspers, is said to ease stress and promote happiness. It is a stone of protection.

OakRocks has been in the rock and mineral business for 30 years. We are a great source for Poppy Jasper, including Morgan Hill Poppy Jasper, and the lovely Pink Poppy Jasper from Mexico. We carry a variety of Poppy Jasper cabochons, rough rock and polished items.