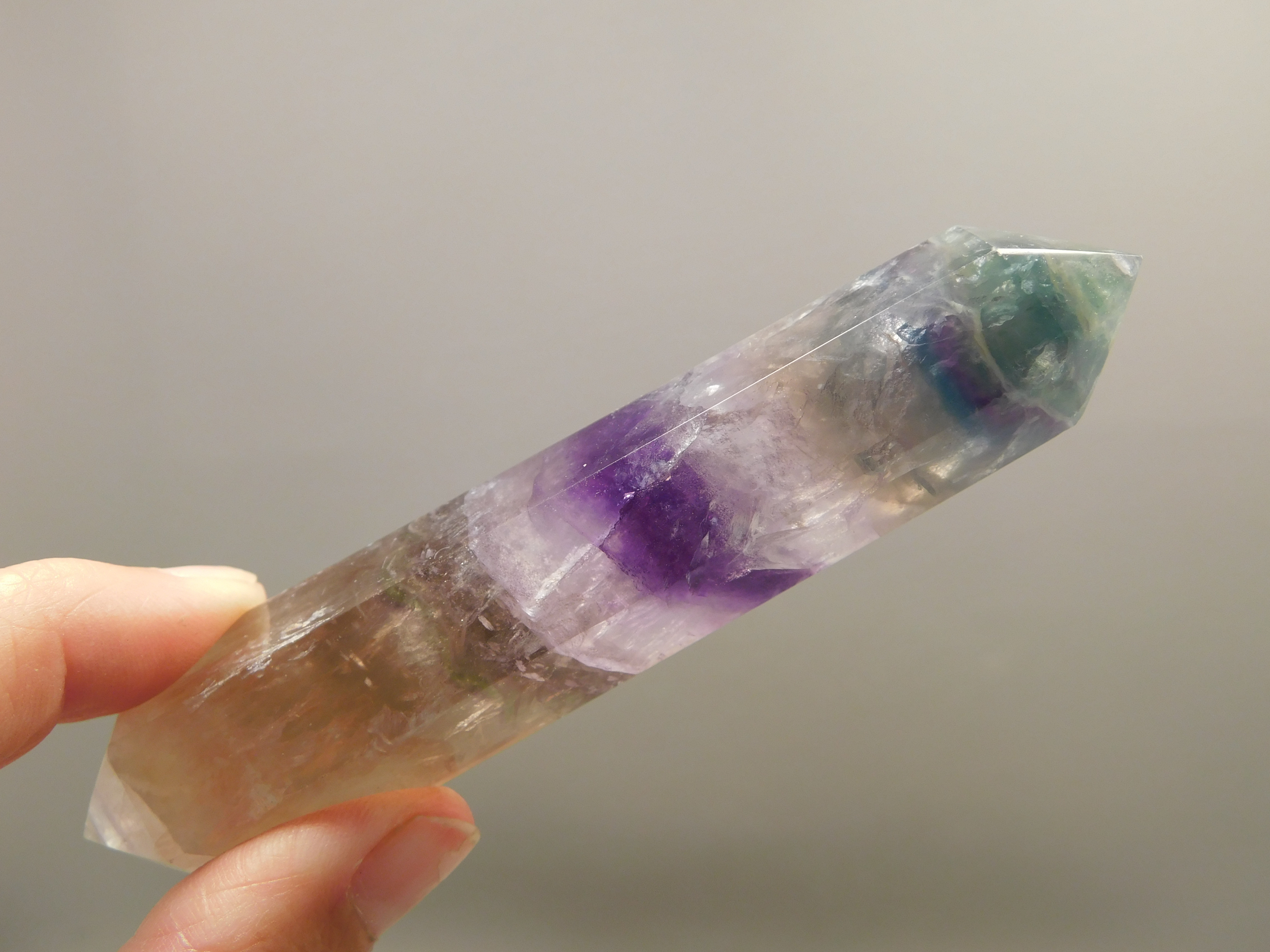 Fluorite is a calcium fluoride crystal with a hardness of 4 and a perfect cleavage (meaning it will break easily along a flat plane).

It forms in massive, cubes, or isometric crystals and can be found in a wide range of colors, sometimes even in multiple colors. Pure Fluorite is actually clear, but impurities present give it its many colors. Fluorite is usually translucent or transparent.

Because of its softness it isn't often used for jewelry.

Fluorite occurs as veins in limestone and igneous rocks in many parts of the world.  It is found in Germany, England, China, and the U.S., most notably Illinois.  A 12 inch Fluorite cube was found in Jefferson County in New York.

Some, but not all Fluorite can display fluorescence meaning it glows or changes color under a UV light. It is usually strong and a blue to violet color. The name "fluorescence" actually came from Fluorite because in was the first mineral in which this light phenomenon was observed.

It was named from the Latin word, fluere, meaning "to flow" in reference to its low melting point. During the 19th century, Fluorite was mined in England for its ornamental value.

Fluorite is used to clear the mind of confusion, cluttered thoughts, and negativity. It is said to help overcome fear of the future.

OakRocks has been in the rock and mineral business for 30 years. We are a great source for Fluorite and carry a selection of mineral specimens, polished pieces and carved animals.