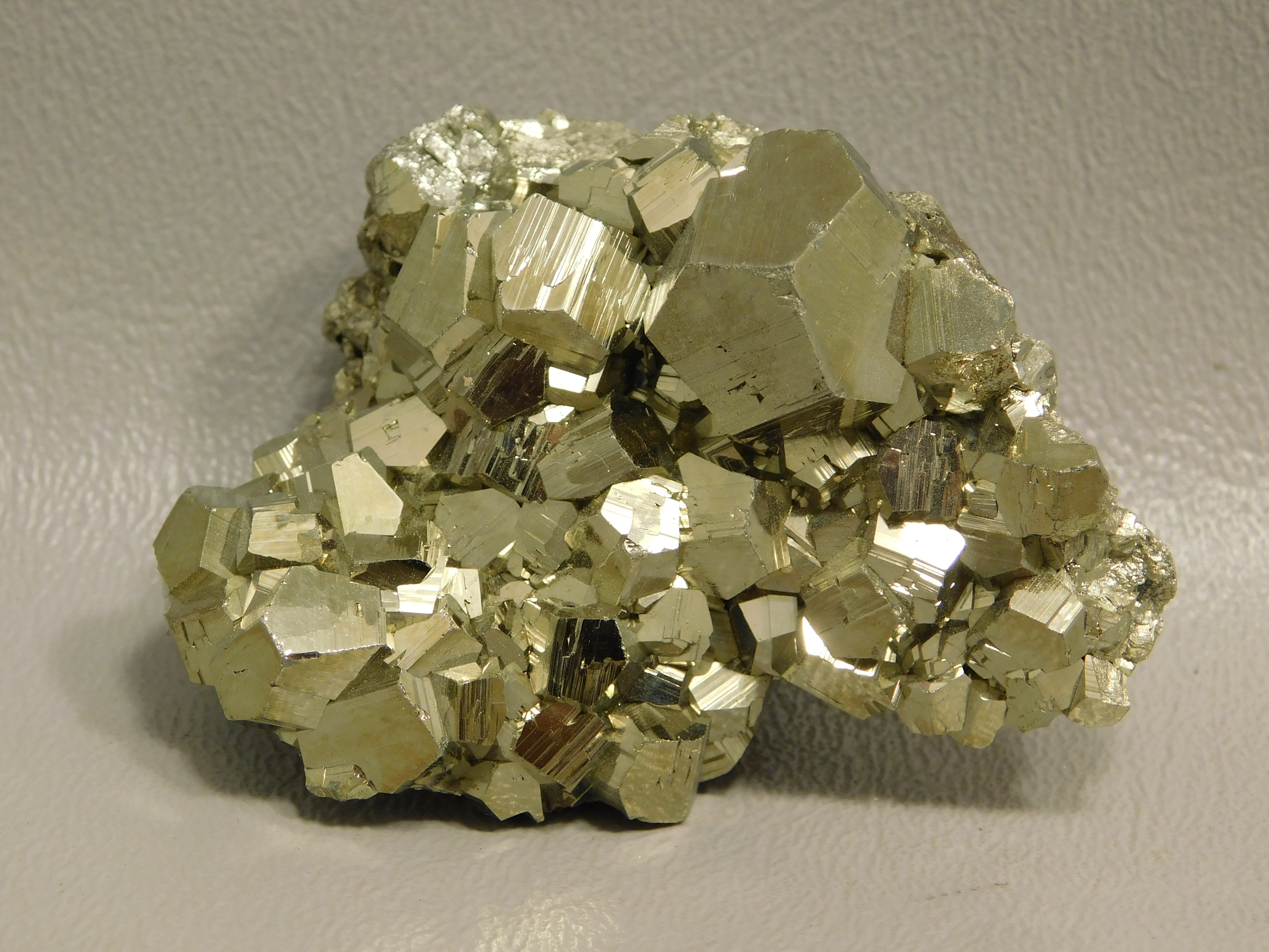 Pyrite is the classic "Fool's Gold".

There are other shiny brassy yellow minerals, but Pyrite is by far the most common and the most often mistaken for gold. Whether it is the golden look or something else,

Pyrite is a favorite among rock collectors. It can have a beautiful luster and interesting crystals.

Pyrite is so common in the earth's crust that it is found in almost every possible environment; hence it has a vast number of forms and varieties.

It even occasionally is a replacement mineral in fossils such as ammonites and brachiopods.

Pyrite 'suns' from coal mines in Illinois are mistaken for fossils but are actually believed to be radiating crystal aggregates.

Pyrite is composed of Iron Sulfide. It is a member of the cubic crystal system and usually forms as cubes and octahedrons.  A famous location near Logrono, Spain produces large perfect cubes in a lime stone matrix.

The name Pyrite comes from the Greek word pyr, meaning a gemstone that strikes fire. It was so named because of the sparks it emits when struck by iron. Pyrite was used by the ancient Greeks in pins, earrings, amulets and brooches. It was polished by Incans and Native Americans and used as mirrors.

Pyrite is often found in other gemstones. Both Covellite and Lapis Lazuli can have pyrite or sparkling gold inclusions. A lovely variation is Pyrite in a black Magnetite found in the Chino Mine in New Mexico. Magnetite & Pyrite is referred to as Healer's Gold in the metaphysical world and it is believed that it renews your energy!

It is believed Pyrite increases vitality and gives one a boost. It is said it enhances willpower, assists in overcoming bad habits, and established new patterns of health and positive energy. Pyrite encourages confidence.

OakRocks has been in the rock and mineral business for 30 years. We are a great source for Pyrite. We carry a variety of Pyrite mineral specimens, and Pyrite eggs and spheres.