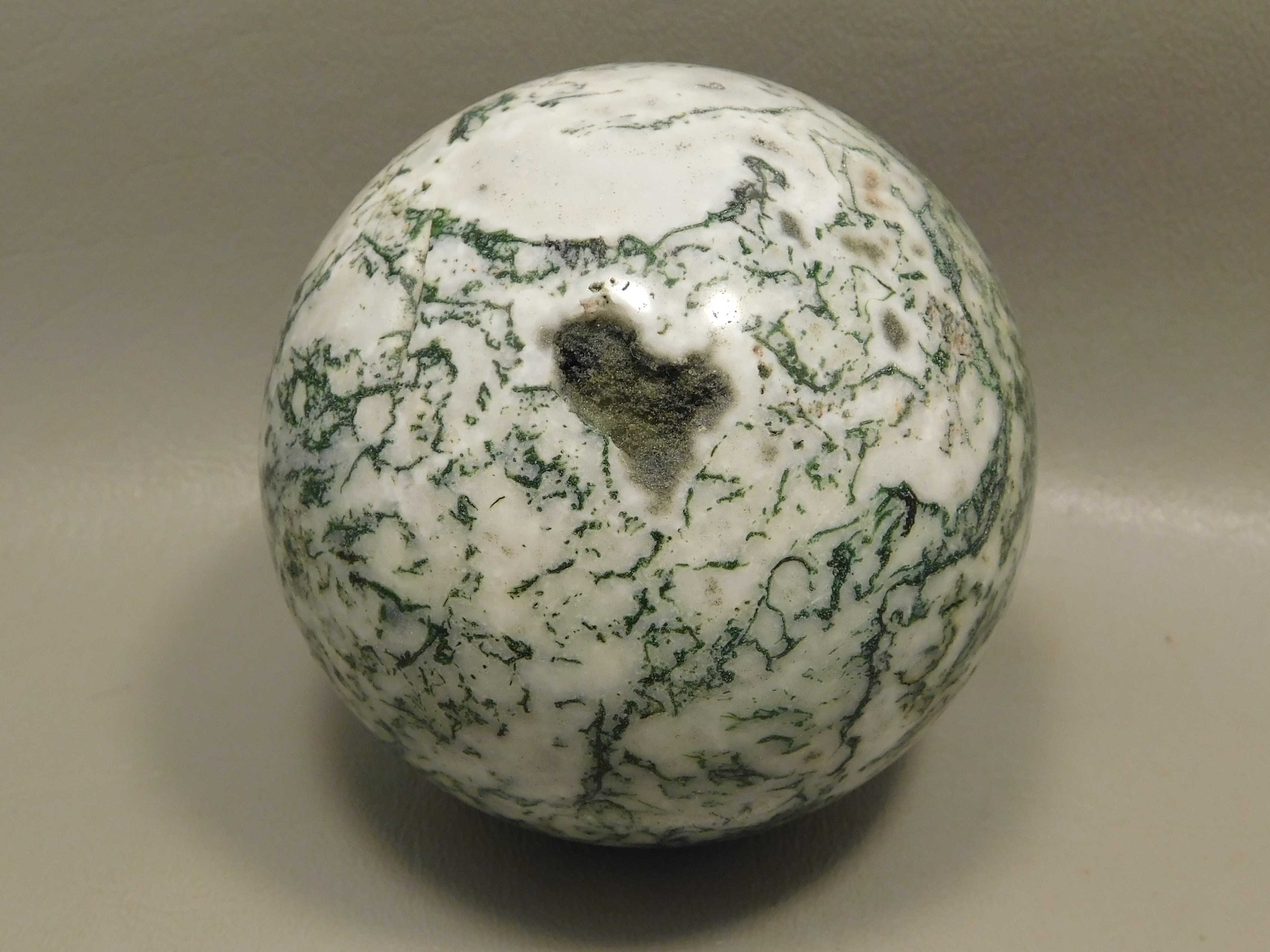 Tree Agate is a form of Dendritic Agate.

Tree Agate is a chalcedony with dendrite inclusions of moss colored green minerals. Tree Agate is an unusual agate as it is usually opaque white and doesn't have the banding usually common in chalcedonies that are named "agate".

Dendritic inclusions are usually fern, tree or branch like.  It is named dendritic or dendrites from dendron, which means "branch like" in Greek.  Dendrite inclusions are formed due to the presence of manganese and iron oxides.

Often Tree Agate is confused with Moss Agate, but Moss Agate inclusions are more mossy shaped or bush like inclusions.

Agate is a type of chalcedony. It forms in concentric layers in a wide variety of colors and textures. Each individual agate forms by filling a cavity in host rock.

Tree Agate is one of those stones that can be beneficial to almost everyone. It is said to be great for people recovering from injury or addiction. Tree Agate can bring you inner peace. It is said to enhance mental concentration and endurance and will help you finish projects!