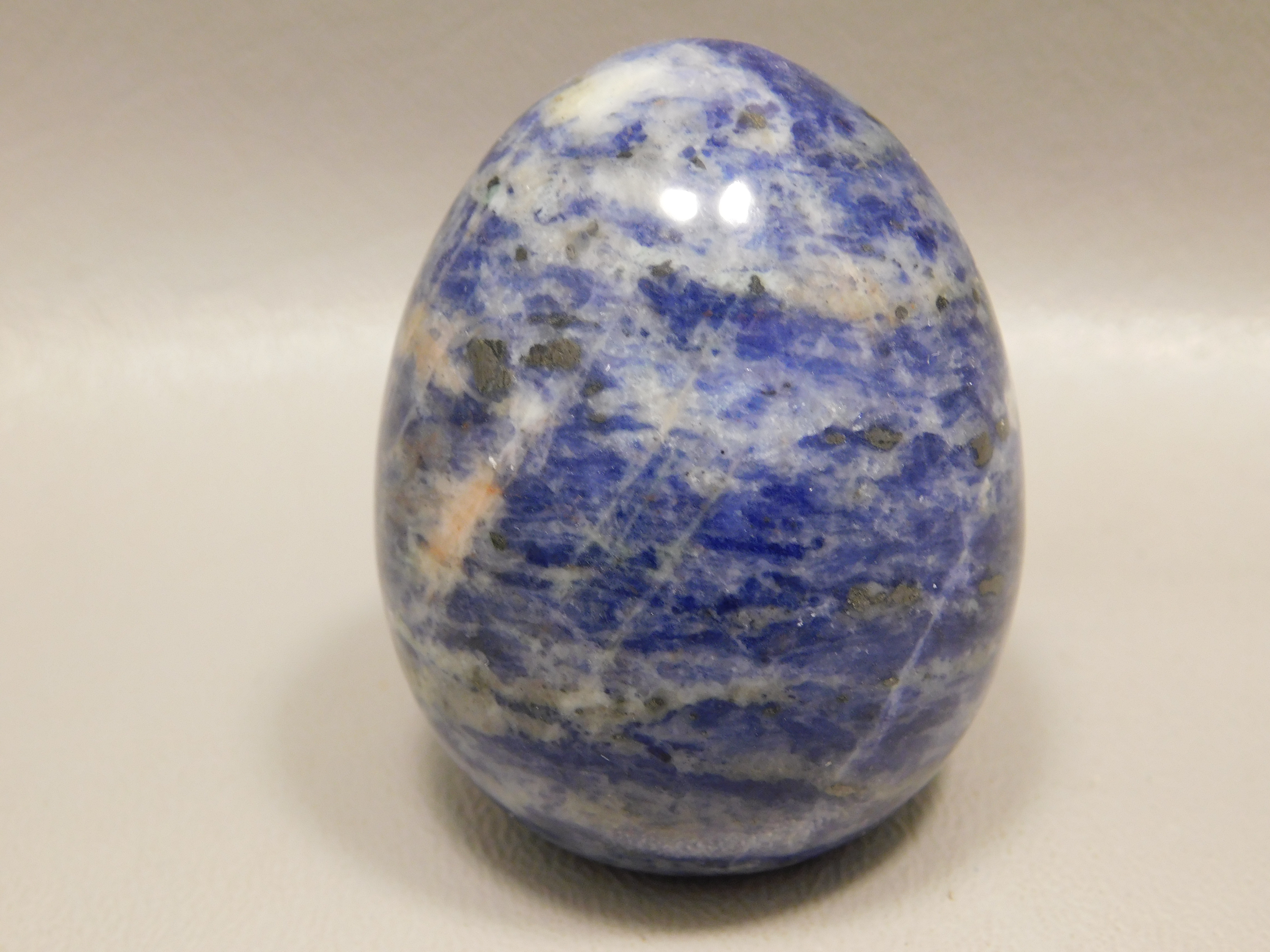 Sodalite can be found in massive chunks or more rarely in crystal formation.

The massive Sodalite is opaque, but the crystals are usually transparent to translucent. Though it can come in other colors the most desired is the rich royal blue. Usually Sodalite has white inclusions of calcite.

Discovered in 1806 in Greenland, Sodalite did not become important as an ornamental stone until 1891 when large deposits of high grade material were discovered in Ontario, Canada. It has since been named Princess Blue after Princess Patricia who, upon visiting Ontario some time after its discovery, choose Sodalite as interior decoration for Marlborough House in England.

Sodalite has a hardness of about 5.5 to 6. It generally does not take a super high gloss polish.

OakRocks has been in the rock and mineral business for 30 years. We are a great source for Sodalite and carry a selection of Sodalite carvings, slabs, eggs and spheres, Sodalite rough and slabs, and Sodalite polished pieces.