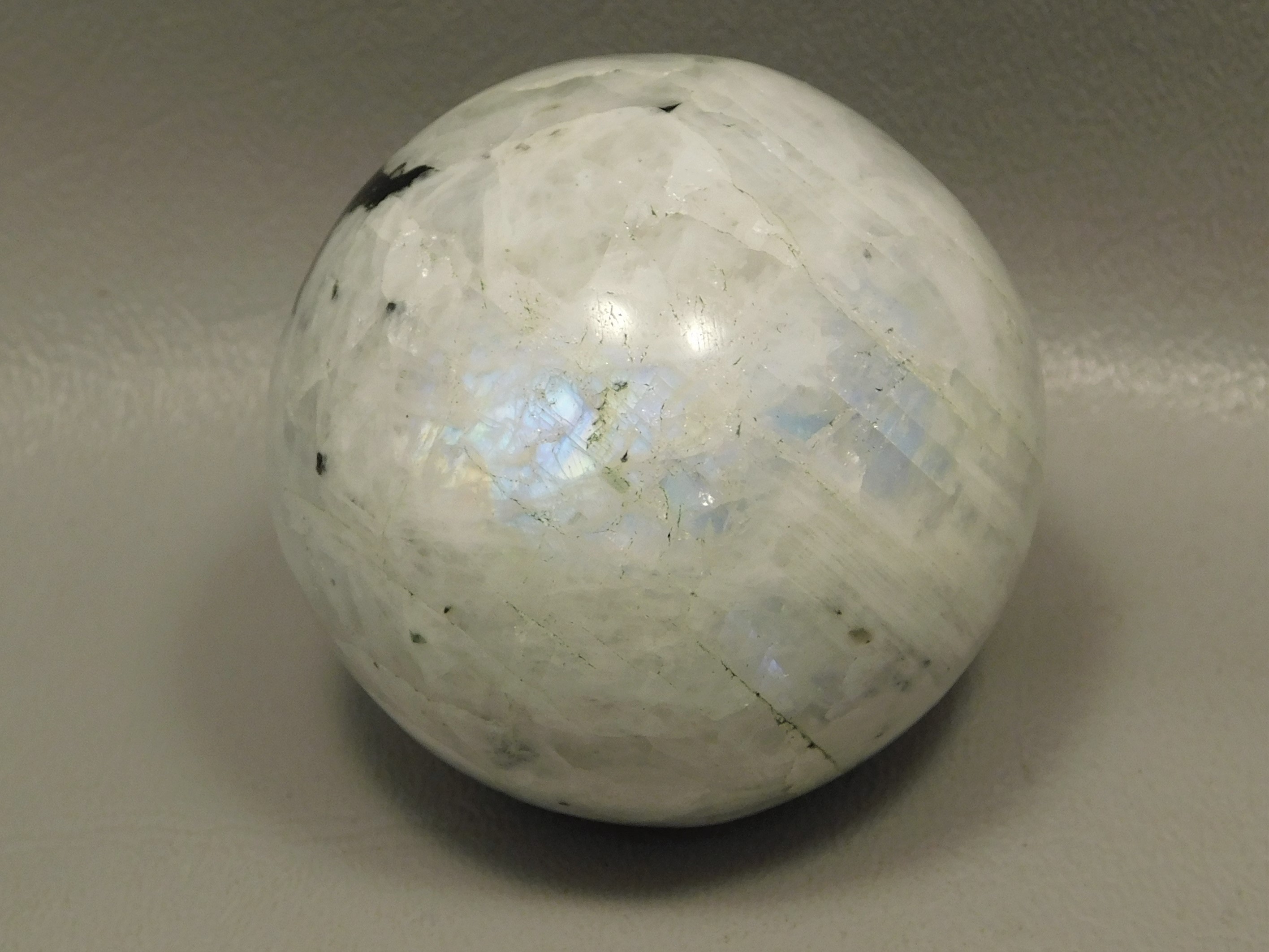 Moonstone is a member of the Feldspar mineral group, containing the feldspar species albite and orthoclase.

It is named for its blue-white sheen which is caused by lamellar structure (alternating fine layers of the different minerals), and when light falls between these thin, flat layers, it scatters in many directions, producing the phenomenon called adularescence or a cat's eye flash of rainbow colors, usually visible when moving the semi precious gemstone under a bright light.

Moonstone is also called Adularia, named after material mined in the Swiss Alps, near the town of St, Gotthard Pass, formerly Mt. Adular. This is where the term adolescence originated.

Our Moonstone comes from India, but the material is also found in Sri Lanka, Australia, Myanmar (Burma), Brazil, Tanzania, and the U.S.

Moonstone is about a 6 hardness and should be treated with care.  Moonstone should be orientated and cut carefully to produce the maximum effect.

Moonstone does occur in other colors; milky translucent, gray, brown, orange, peach, yellow and colorless. Not all crystals have flash, but f they do it is usually a white to silvery sheen. They can also produce cat's eyes chatoyancy or stars.

The Romans thought Moonstone was born from solidified rays of the moon, which is probably where its name came from.   In India it is sacred stone and is regarded as a dream stone which brings the wearer beautiful visions at night.  It is also a traditional wedding gift there. In Arabic countries, women often wear moonstones sewn out of sight into their garments, for in their cultures the moonstone is a symbol of fertility.

Florida named Moonstone as its state mineral in 1970 in honor of the successful Apollo moon mission in 1969, even though this mineral is not found in Florida. Moonstone is also the non-traditional birthstone for the month of June.

Moonstone is said to help one sort through their emotions and release frustration.  It is believed it enhances patience and helps one remain objective.

OakRocks has been in the rock and mineral business for 30 years. We are a great source for Moonstone and carry a large selection of Moonstone eggs and Moonstone spheres.