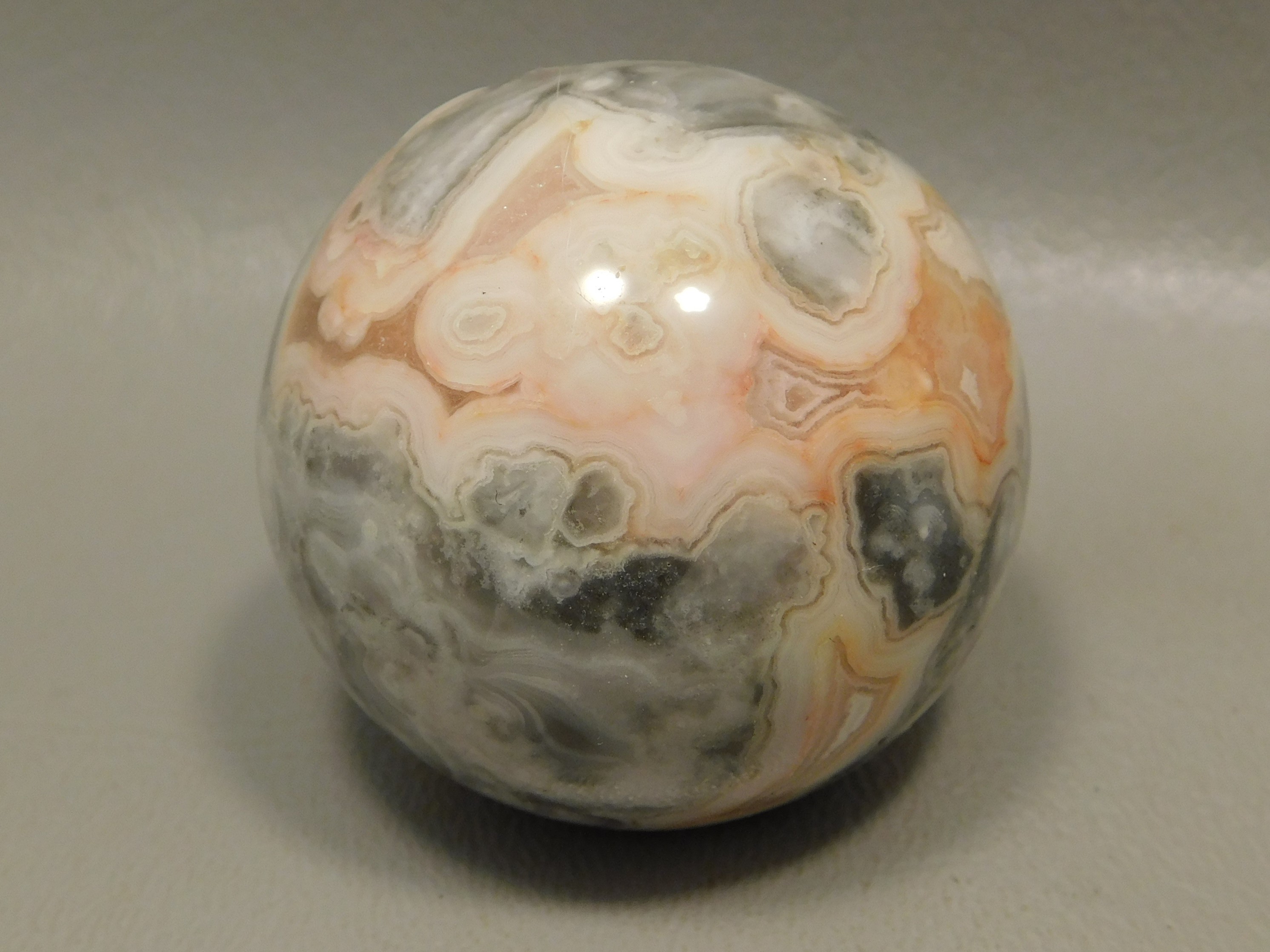 Crazy Lace Agate is a banded chalcedony (microcrystalline quartz) that is often infused with iron and aluminum.

Creamy browns, blacks, grays and golds (and occasional reds and pinks) swirl together creating complex patterns that make this a unique agate. The bands are distorted, twisted and curved. Crazy Lace Agate typically forms in veins within limestone.

The Crazy Lace Agate most well known comes from near Ejido Benito Juarez in Chihuahua, Mexico in a remote and rugged area. The are three active claims and there are a number of inactive claims and mines there that are worked sporadically.  But Crazy Lace Agate can be found in other locations. Some beautiful material comes from Australia and is found on Marillana Station, a cattle property around 90 kilometers north of Newman, a major iron ore producing town in the Pilbara region of Western Australia.

Agate was highly valued as a talisman or amulet in ancient times. It was said to quench thirst and protect against fever. Persian magicians used agate to divert storms. Mithridates, king of Pontus, had a collection of thousands of agate bowls. Agate bowls were also popular in the Byzantine Empire. Collecting agate bowls became common among European royalty during the Renaissance and many museums in Europe, including the Louvre, have spectacular examples