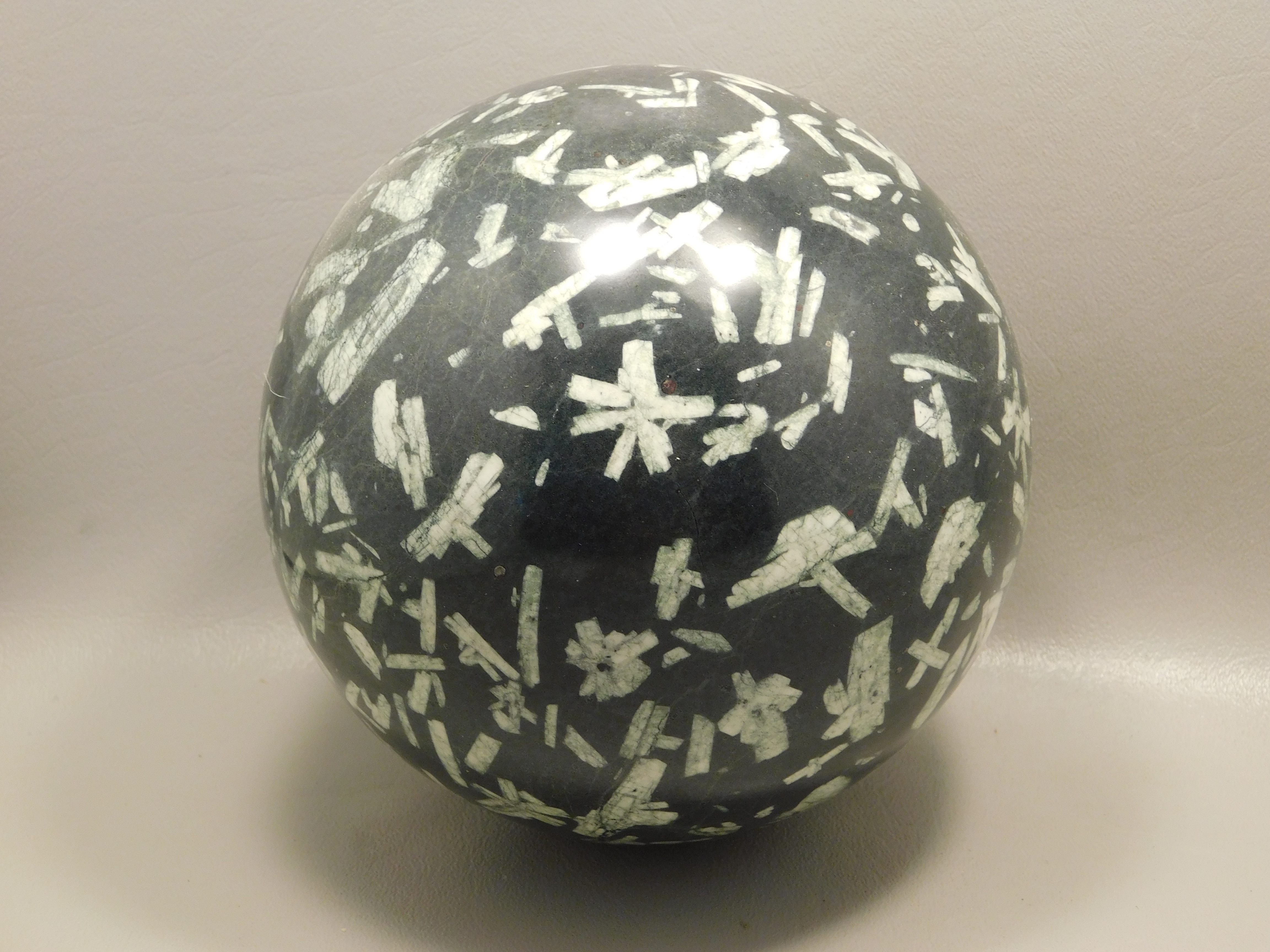 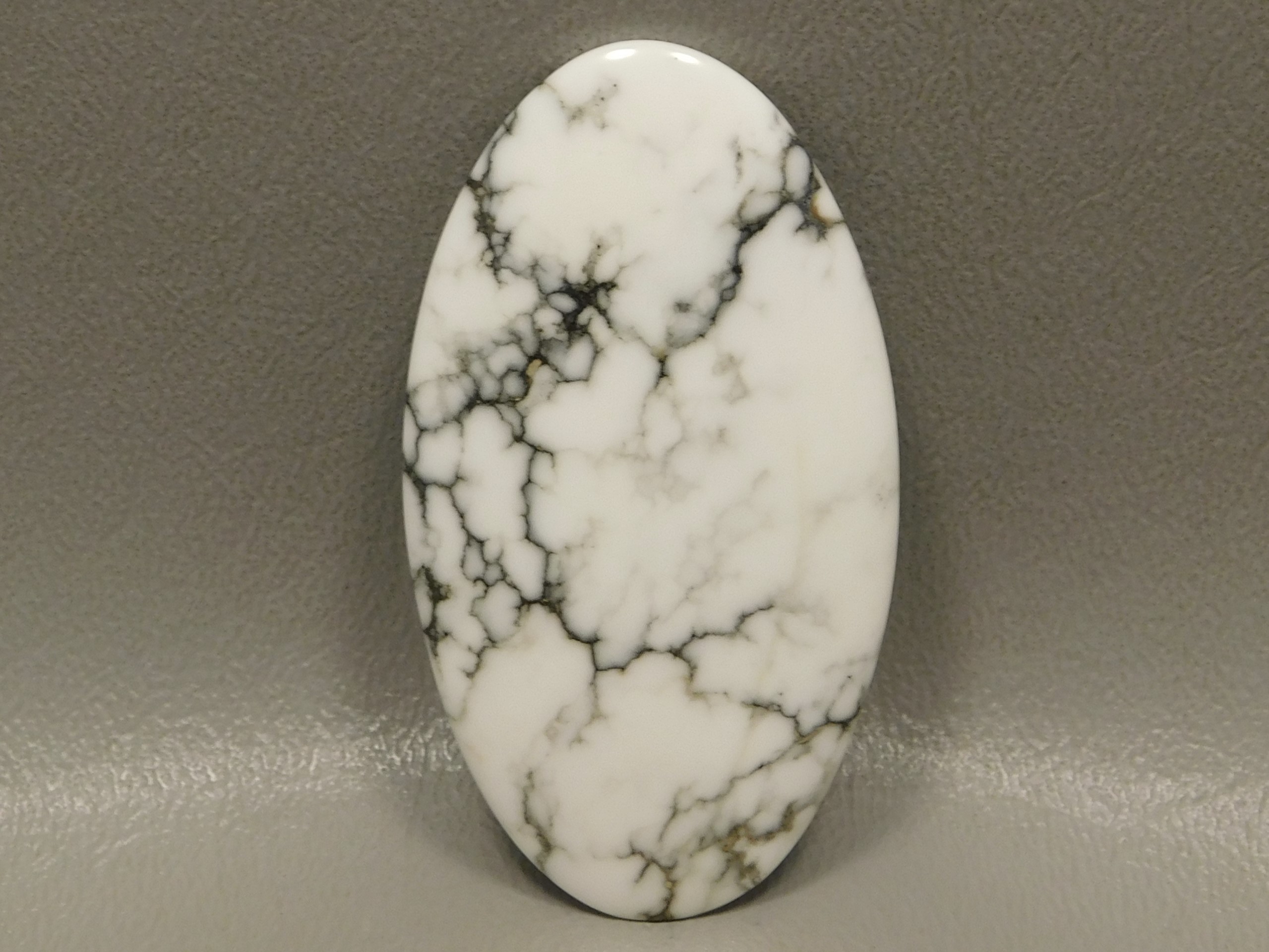 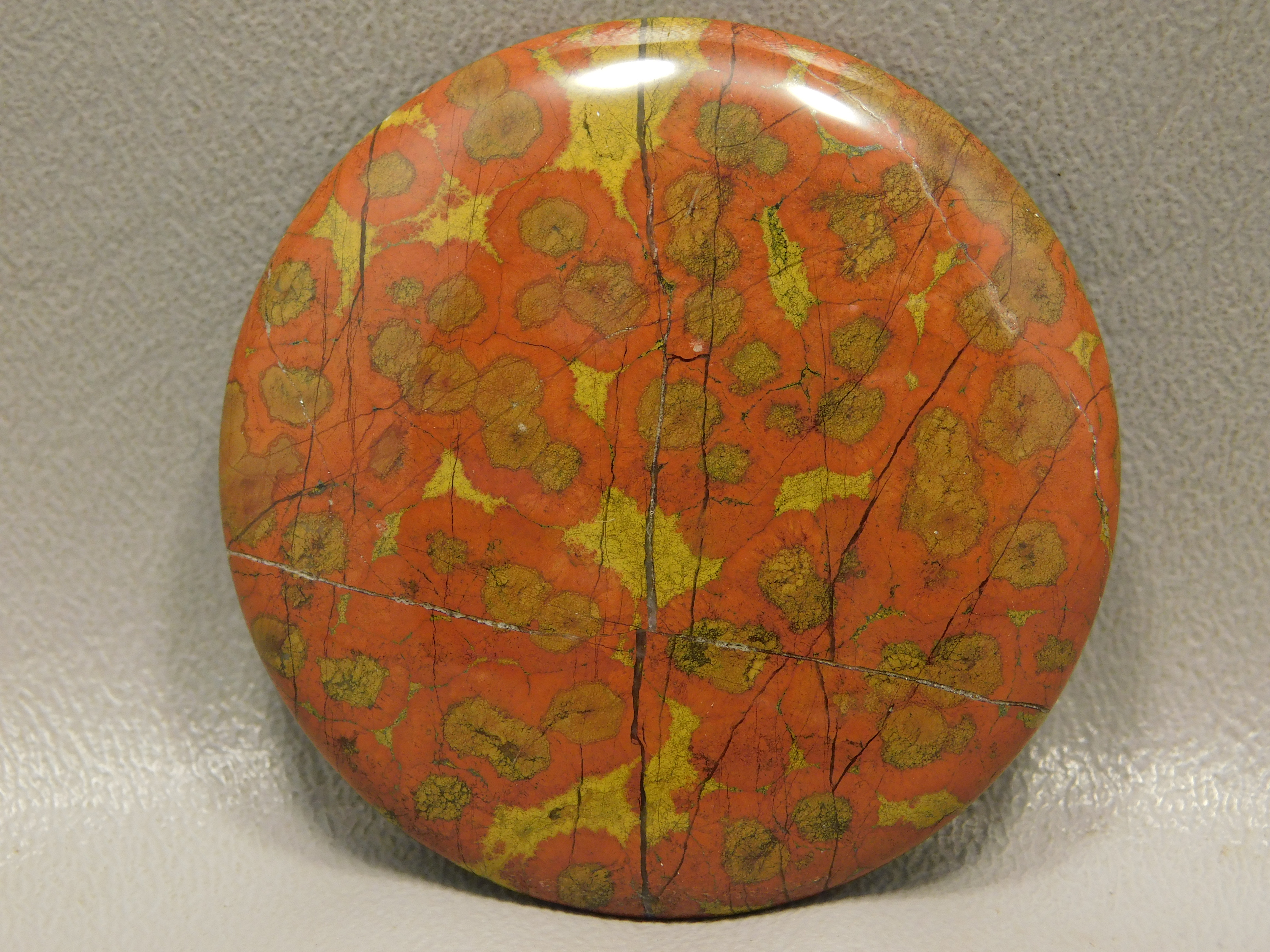 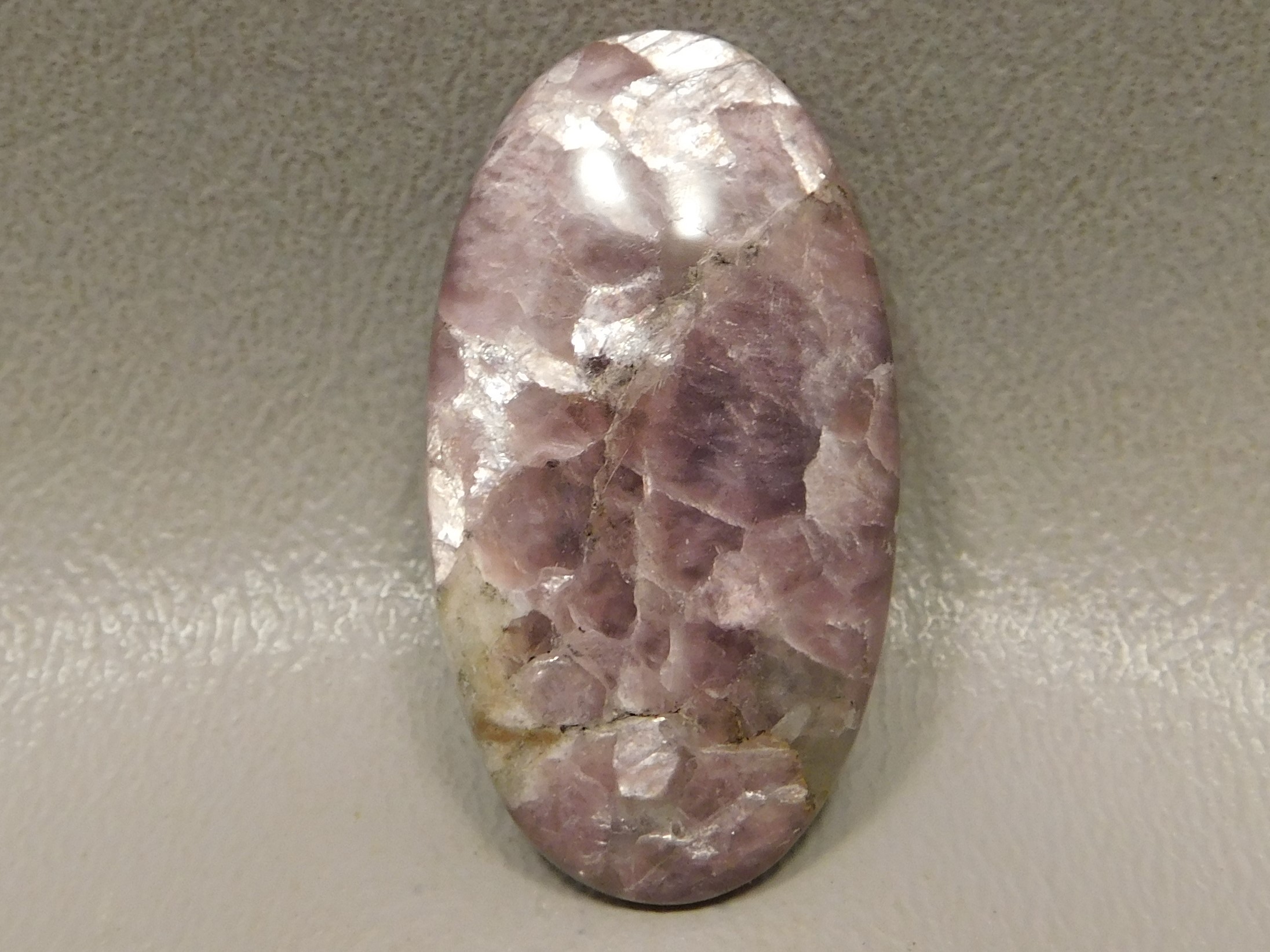 Rockhounds sought California's rock and minerals before the gold rush.

California's geological forces have created one of the widest varieties of rocks and minerals found in any state.

In fact practically every known mineral exists in some quantity in California. Even today there are active mines, some still producing gold, as well as iron, lead, tungsten, zinc, quick silver, talc, chromite, and borate minerals.

Early rockhounds were prospectors looking for valuable minerals and gemstones for commercial purposes. Eventually, however, more people were drawn to rockhounding for recreational purposes, mainly for the beauty that rocks and minerals provide. By the 1930's, interest in rockhounding increased significantly and it was during this period that rockhounding groups were formed and collecting areas in the desert were publicized. With increased popularity of rockhounding, some rockhounds regarded certain areas as their own and feared that other collectors would deplete their rocks and minerals. This led to substantial amounts of material being removed and an increase in mining claims. By the 1960's the government saw a need to regulate the collection of rocks and minerals on public lands.

Visitors to the California often ask where they can rockhound. Perhaps the best source of information is rock, gem, and mineral groups found in communities throughout southern California. Libraries, bookstores, and "gem and mineral shows" are also very good sources of published information. Just about any hill, mountain, or wash can provide some wonderful rock and mineral discoveries. Many rockhounding sites require hiking or driving to remote areas on sandy or rocky roads where there is a possibility of getting stuck. It is always a good idea to travel in a group and to bring plenty of drinking water with you when traveling in the desert. If you must travel alone, be sure to let someone know of your plans. Remember to stay on designated open roads. Cross country travel is illegal, as is driving in designated Wilderness Areas. For more information on collecting sites on BLM land click here.

California isn't called the Golden State for nothing. But other rocks and minerals that are found in California include Chinese Writing Rock, Lepidolite, Tourmaline, Morgan Hill Poppy Jasper, Jade, Kunzite, Garnet, Fire Agate, Benitoite (named the state gemstone in 1985), Serpentine (named the state rock in 1965), Howlite and more. Pink Apatite was found in San Diego County. Fine-quality, brown colored stones of Axinite comes from deposits in Calaveras, Madera, Riverside, and San Diego Counties. Benitoite, the State gemstone, is the collector/specialty stone for which the State is best known. San Benito County is the only source of this fine, blue colored gem. Large light to medium green Fluorite is found in Los Angeles County. Scheelite comes from deposits in Kern and Inyo Counties. And colorless Natrolite comes from San Benito County. Gem- and specimen-quality white to pale green grossularite garnet occurs on Indian Creek in Siskiyou County and along Traverse Creek near Georgetown in Eldorado County. Other locations for these types of grossularites are the south side of Watts Valley in Fresno County, near Selma in Tulare County, near Big Bar in Butte County and near El Toro in Orange County. Some of the finest quality spessartite garnet known come from pegmatites in San Diego County. Spessartites have been found on Gem Hill near Mesa Grande and in mines in the Rincon and Pala Districts. The most productive area with the finest quality garnets is on the western side of Hatfield Creek Valley near Romona. Near Indian Head Hill in San Diego County is a deposit of fine-quality hessonite garnet, and another deposit is near Dos Cabezas.

Deposits in California are another source of significant amounts of quality rock crystal. For many years cobbles and round crystals have been found in streambeds in Amador and Calveras Counties. The best quality, largest, and most abundant crystals come from ancient stream channels in the Mokelumne Hill area of Calveras County. Over the years, various mines in the area have produced thousands of kilograms of rock crystal, with some of the individual crystals weighing as much as 275 kilograms and many of the crystals measuring more than 600 millimeters in length and 250 millimeters in diameter. The American Museum of Natural History has a 150 millimeter sphere cut from a Mokelumne Hill rock crystal. Additionally, the pegmatites of Hiriart Hill, San Diego County, have produced hundreds of kilograms of fine-quality rock crystal from which a number of 60 to 90 millimeter spheres have been cut.

The production of Turquoise from deposits in California can be traced back to pre-Colombian Native Americans. Prehistoric mining tools have been found in some of the old workings of the turquoise mines in San Bernardino County. In the past, a number of turquoise mines operated in the State, several or more mines in each of the counties. Today, only a single mine, the Apache Canyon Mine, is commercially producing turquoise.

Some places where you can dig for a fee include: The Benitoite Mine (www.calstategemmine.com), Gold Mining (www.goldencaribou.com), High Desert Gems and Minerals (www.highdesertgemsandminerals.com/html/dig_it.html), The Oceanview Mine (www.digforgems.com), and The Stewart Mine (www.tourguidetim.com/gems-of-pala-tourmaline/). Though the Stewarts are friends, I have not been to any of these locations and therefore cannot endorse or recommend them. There are many more areas in California and a web search will help you find them.

OakRocks has been in the rock and mineral business for 30 years. We have a great source for California Rocks and Minerals and carry a variety of both finished and rough materials.