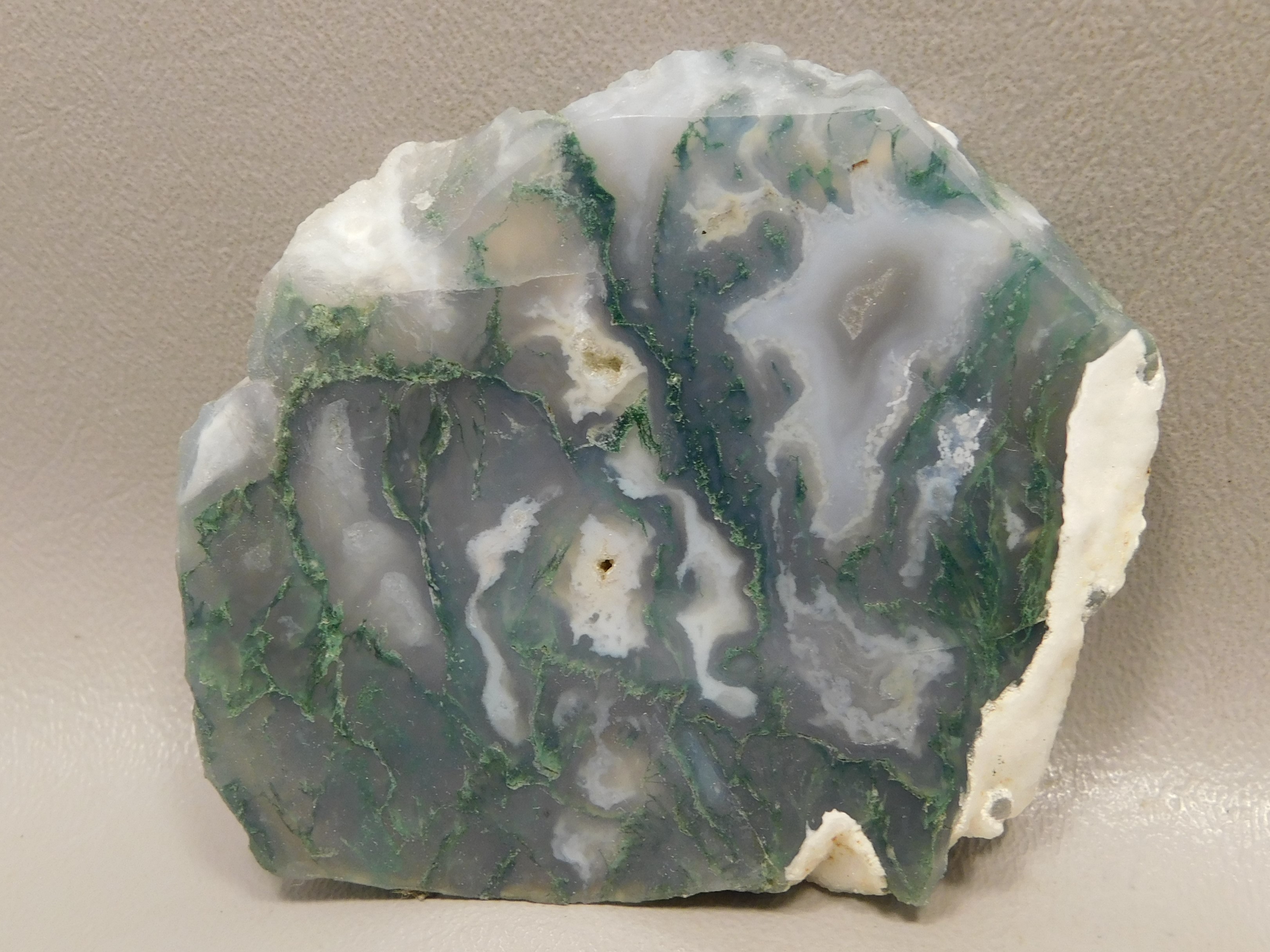 These are usually formed with mineral impurities, and are often growths of iron or manganese oxides.

Moss Agate is found in many locations, but a large amount comes from India.

Though most Moss Agate, especially the India Moss Agate is emerald green, it doesn't have to be green. Montana Agate is considered a Moss Agate and it is usually red, brown or black. Australian Moss Agate is also black.

Moss Agate is also said to be emotionally stabilizing and is good for those with mood swings or volatile tempers.