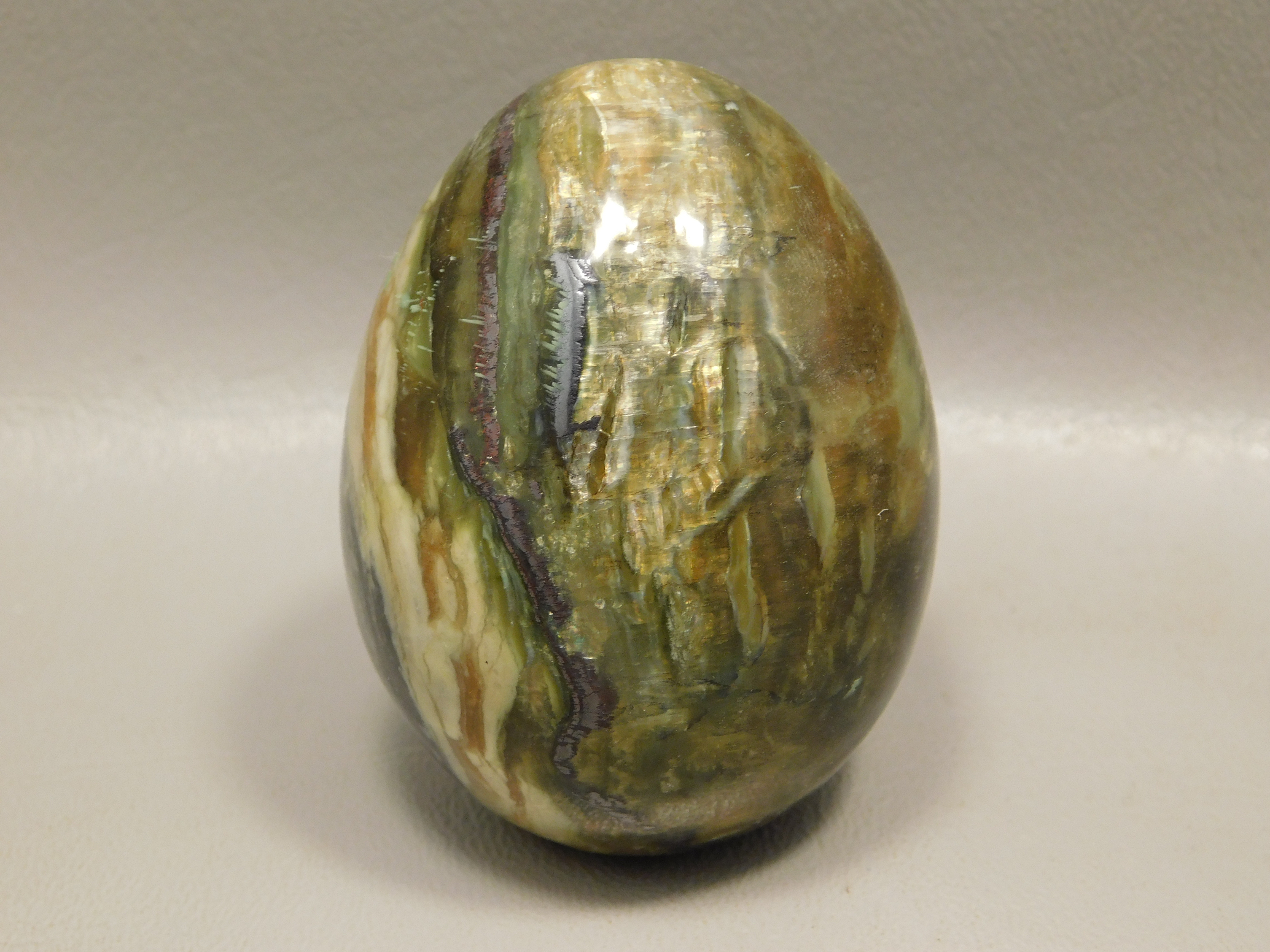 This rare semi precious gemstone material is known as Arizona Pietersite because of its superb chatoyant cat's eye effect.

It has also been called Arizona Tiger-eye.

This gemstone material is actually Serpentine with Chrysotile fibers and comes in several varieties-from gold to root beer to silver flash, and from avocado green to root beer brown Serpentine.  Polished rocks cut from this material seem to glow with their own internal light.

The material comes from a very remote and rugged part of Arizona.  It was first discovered as a lapidary material  in the 1950's, but requires an experience cutter as it can be challenging.

Arizona Pietersite is similar to "Tiger-eye" or  "Pietersite" originally found in Africa, and also found in China and Russia, only in that it contains amphibole (fibrous) minerals and that it is an exceptional example of the optical phenomenon known as "chatoyancy".  Pietersite is not an actual mineral name, but rather a trade name given to a variety of very High Grade Tiger-eye.  Click here for more information on Pietersite.

Metaphysical Properties: Serpentine soothes emotions and helps one overcome fear of change and look to the future with anticipation. Chrysotile is used to support honesty and integrity.