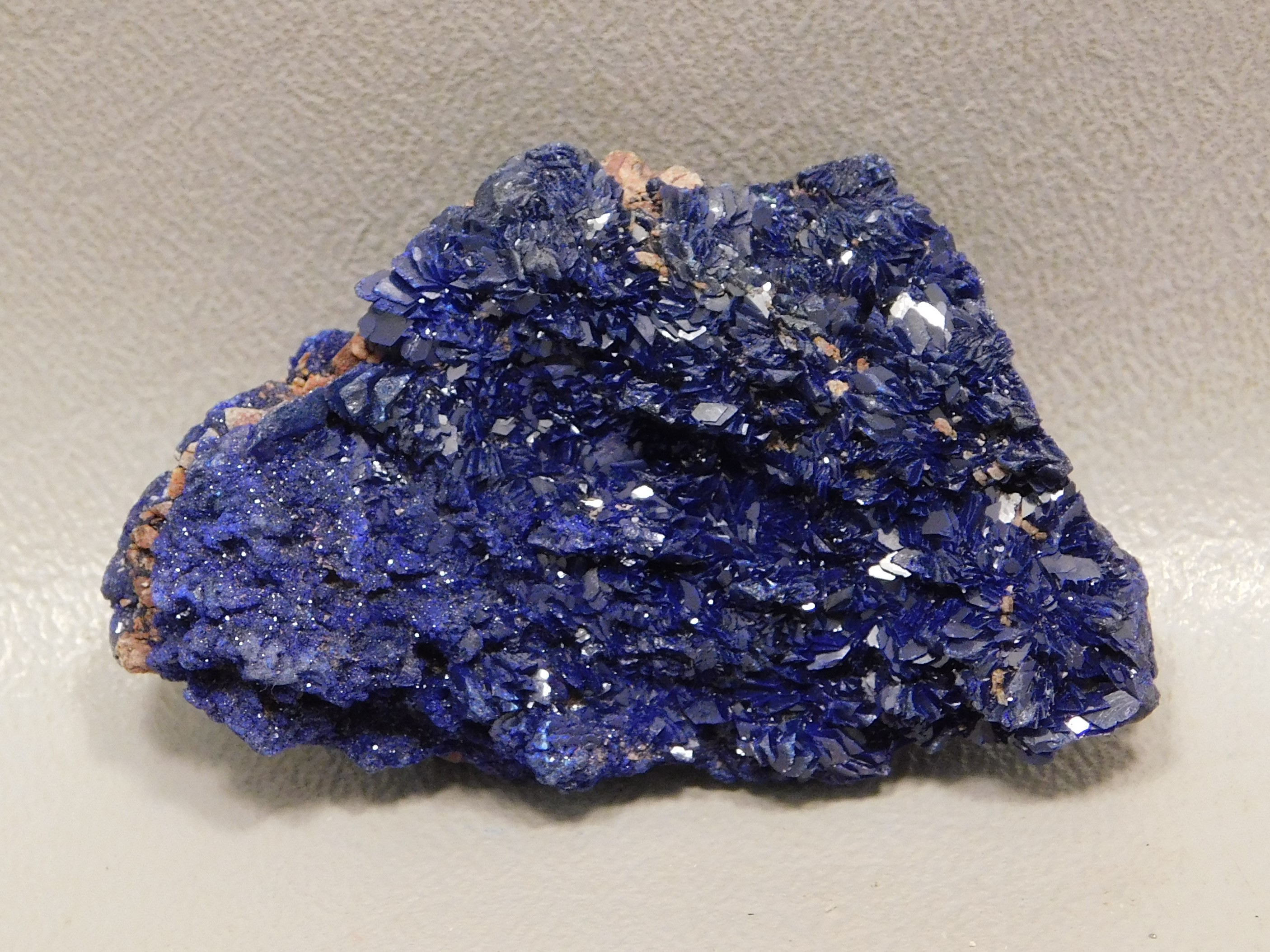 The name Azurite is derived from the Arabic word for blue -azure.

They are both hydrous copper carbonates and they blend together in a striking contrast. The are found in upper oxide oxide zones of major copper deposits.

The difference between the two is Malachite has a higher water content and Azurite will often change to Malachite when more water is present. This is called a pseudomorph or secondary mineral.

Azurite does sometimes come in beautiful deep blue crystals, but it is also often found in stalactite, nodules, massive or botryoidal formation.

In fact there are over 45 well-known forms, and more than 100 have been described.

It can range in color from a medium royal blue to almost black (inky blue).

Azurite is found in both opaque and translucent.  Azurite has been used as a dye for paints and fabrics for eons.

It is a softer mineral, with a hardness of about 4. Azurite is collected as a natural mineral and massive rough can be cut into cabochons for jewelry.

Azurite is believed to stimulate intellect as well as intuition, and is great for those studying new or challenging subjects.

OakRocks has been in the rock and mineral business for 30 years. We are a great source for Azurite and Azurite Malachite and carry a large selection Azurite Nodules, Azurite Malachite cabochons and polished pieces.