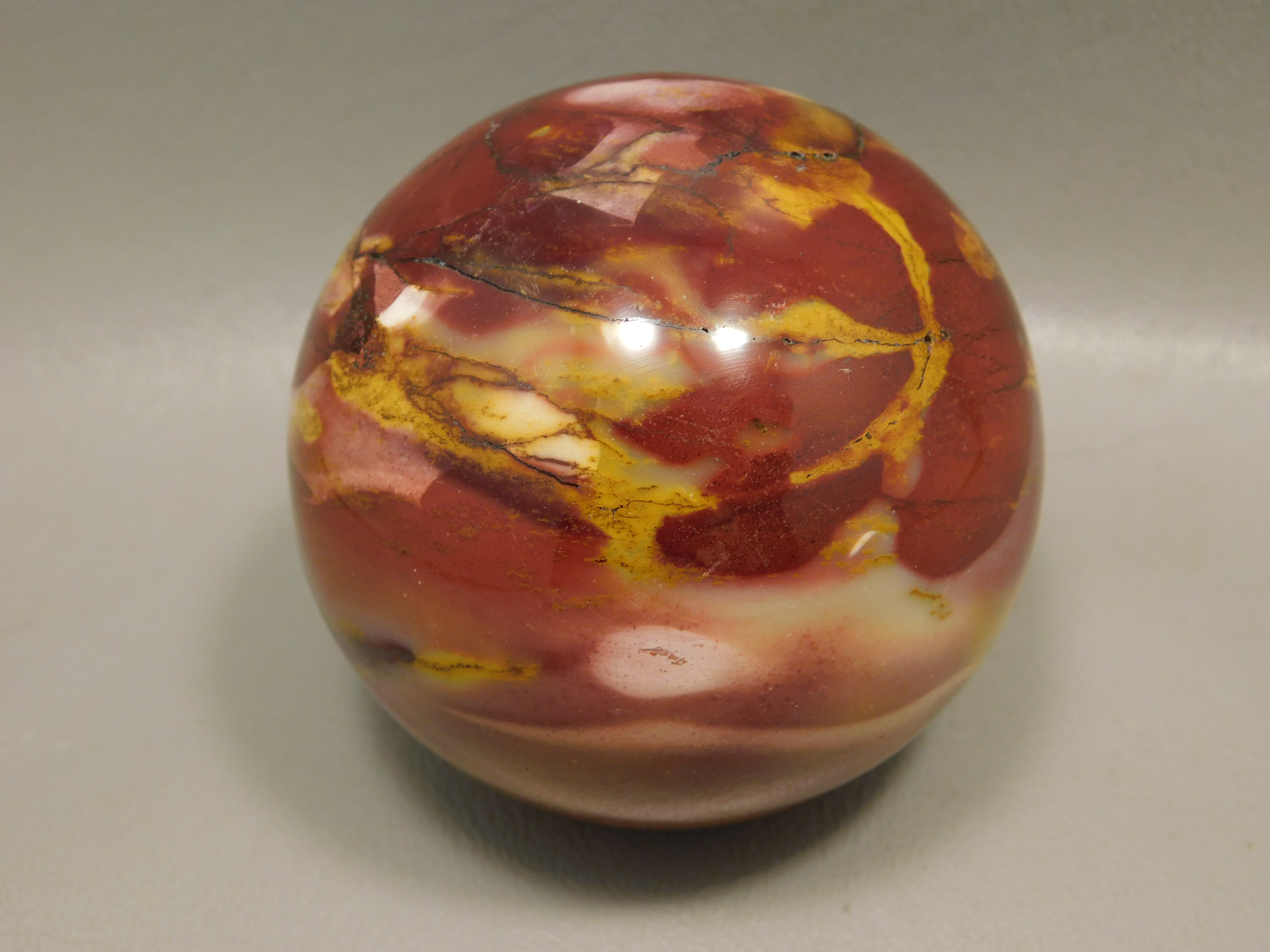 Mookaite Jasper is a warm, earthy flood of reds, yellows and browns.

It is formed as a sedimentary stone in erosion zones and as a filler in cracks.

Mookaite Jasper is named for where is was first found — in outcrops, principally on Mooka Station (a sheep farm of around 700,000 acres), on the west side of the Kennedy Range in Western Australia.

It is said Mooka is an Aboriginal word that means "running water".  Aborigine, by the way means an indigenous person of any country.

It is mined out of Mooka Creek and can only be mined in the winter, because it is too hot in the summer. However, during the winter the area is prone to flooding.

Some of the Mookaite Jasper is highly opalitic and fractures easily.  The best Mookaite is a true chalcedony, though sometimes this material can have soft spots.  It occurs as nodules, large & small, lying in decomposed radiolarian clay beneath the floor of the creek.

In Australia, Mookaite Jasper was and still is considered to be a healing stone that bestows strength. It is said to shield the wearer from difficult situations and to connect us to loved ones who have passed away. This gemstone is believed to bring us into the "here and now," aiding with problem assessment and decision making. Mookaite is often used to treat glandular or stomach disorders, hernias, ruptures and water retention.

Mookaite Jasper is believed to assist in recognizing and understanding emotional and behavioral patterns handed down through one's ancestors, and assists in overcoming these patterns. Mookaite Jasper is said to help counter the effects of aging!