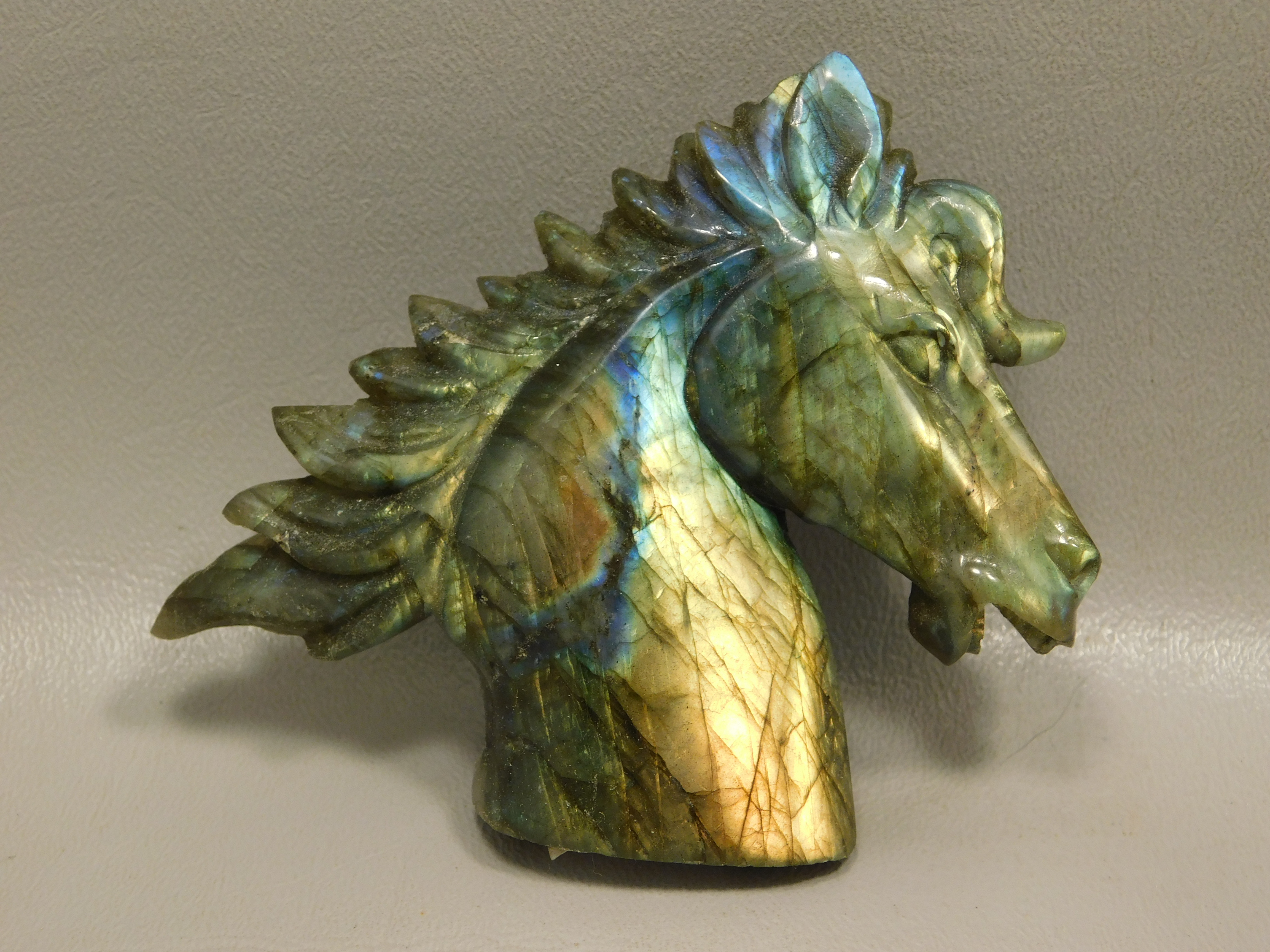 Labradorite has an uninteresting color of dark gray, but displays a beautiful iridescence, giving off rainbow-colored reflections known as labradorescence when light hits it in certain directions.

The usually intense colors range from the typical blues and violets through greens, yellows and oranges. Some rare specimens display all these colors simultaneously.

It has a hardness of 6-6.5, and it breaks in two directions with perfect cleavage. Labradorite takes a nice polish. But it must be orientated when cut to display the best labradorescence.

This material is found in massive formation and is sometimes used in counter tops and tabletops.

It is named after Labrador, in northeastern Canada, where it was first discovered in 1770. It has been found in Mexico, Russia and the U.S. Currently a lot of gem grade material is coming out of Madagascar. Some rare  and super High Grade material was found in Finland and is marketed under the name Spectrolite. Sometimes people will market Labradorite from other locations under that name.  The Finland material has a more black background-making the colors "pop" more.

Labradorite is a sodium-rich plagioclase feldspar. Labradorite is the characteristic feldspar of the more basic rock types such as diorite, gabbro, andesite or basalt. It is found in massive in granites and lavas. Labradorite shows the iridescent display of colors due to minute inclusions of another mineral and cracks that interfere with he dispersion of light. It is usually transparent on thin edges.

Labradorite is thought by some to symbolize the moon and the sun, and in fact has been found to be an ingredient of moon rock. It is said to assist the wearer to handle changes, promoting strength and perseverance. Labradorite is particularly useful in magical and ritual work.

OakRocks has been in the rock and mineral business for 30 years. We are a great source for Labradorite and carry a selection of polished pieces, rough Labradorite, and lovely hand carved Labradorite gemstone animals.