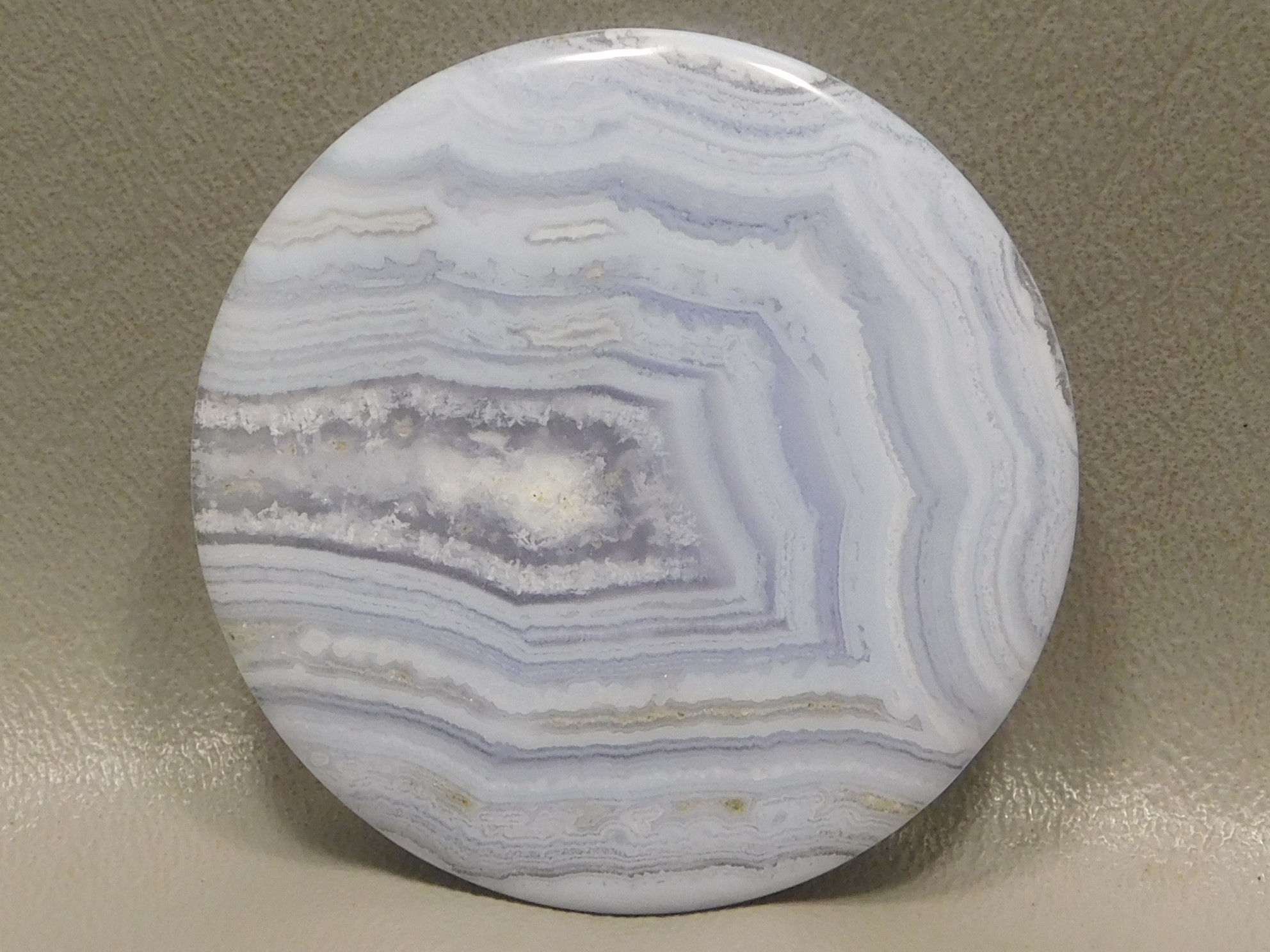 Blue Lace Agate is a beautiful cryptocrystalline quartz stone or a member of the chalcedony family.

Generally only solid colored materials are actually named "chalcedony".  Most chalcedony varieties are named agates or jaspers. Agate is a form of chalcedony that is usually banded and at least partly translucent. Agates are found as nodules or geodes in siliceous volcanic rocks. Blue Lace Agate is a seam agate, formed in layers in veins, most often the veins are only 1-2 inches thick in a Dolomite or Granite matrix.

Blue Lace Agate was hidden for over 50 million years in the quiet isolation of the southwestern African desert and was first uncovered in the early 1960's by an American prospector, George Swanson, in the Kalahari desert of Namibia. This particular area is believed to be the only known deposit in the world of this material.

Blue Lace Agate is said to give one confidence to stand up and speak. It also enhances loyalty and trust. Blue Lace Agate has a calming effect, especially on over stimulated children!

OakRocks has been in the rock and mineral business for 30 years. We are a great source for Blue Lace Agate and carry a selection of Blue Lace Agate cabochons, and polished rocks.